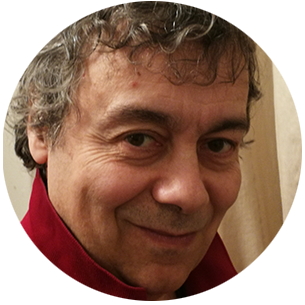 The Rione San Paolo coincides with the medieval south-west area inside the walls, included by the present Corso Martiri della Libertà, Corso Porta Reno, Via Darsena, Corso Isonzo and Viale Cavour: there some significant monuments emerge, as the Estense Castle, Palazzo Municipale, Torre della Vittoria, Torre dei Leuti, Palazzo Bentivoglio and the churches of Santa Maria Nuova and San Nicolò. Close to the current Via Darsena is the homonymous tourist harbour where until the early 17 th century there was the big landing place named “Fuori Porta San Polo”, reserved for commercial and military vessels and sovereigns and princes’ royal boats.
White and black are the heraldic colours of the Contrada, while the coat of arms represents an eight-spoke wheel, considered since ancient times symbol of renewal, regeneration, destiny and mutability. It is over hanged by the Estense opened-wings white eagle, that means the close connection between people’s luck and political abilities of the Este princes. 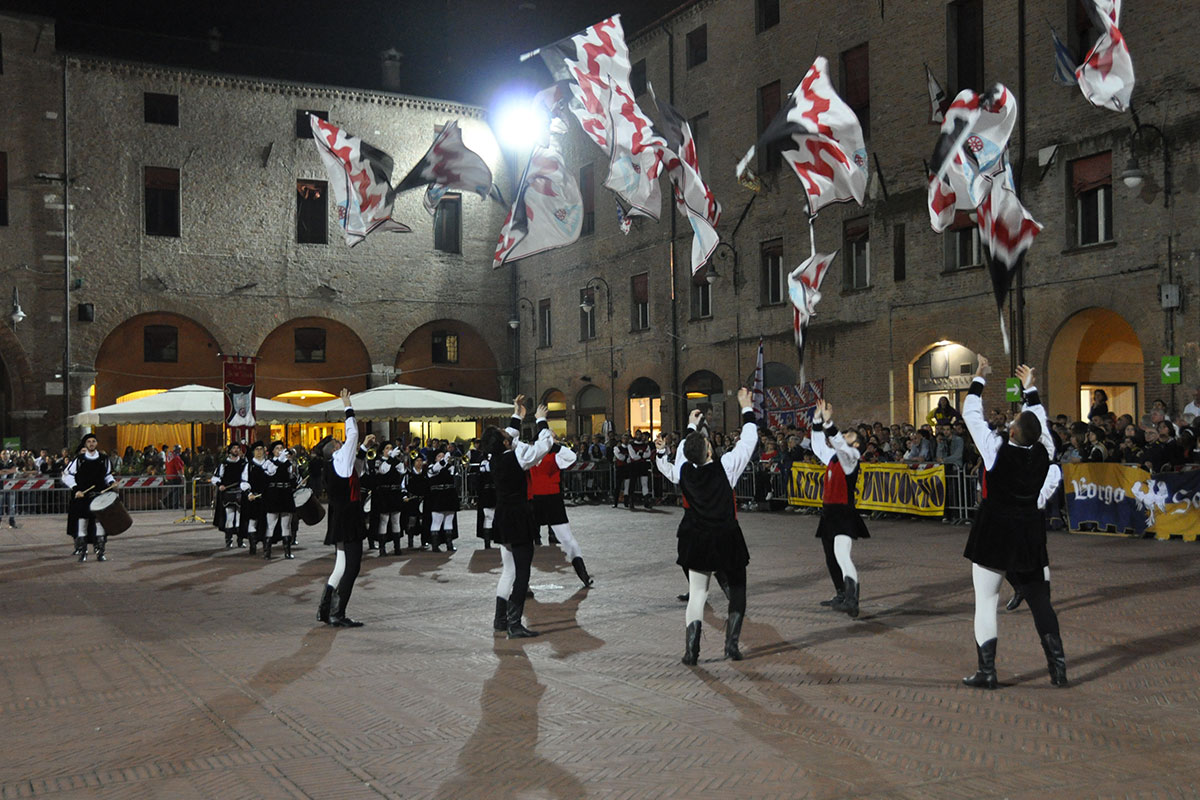 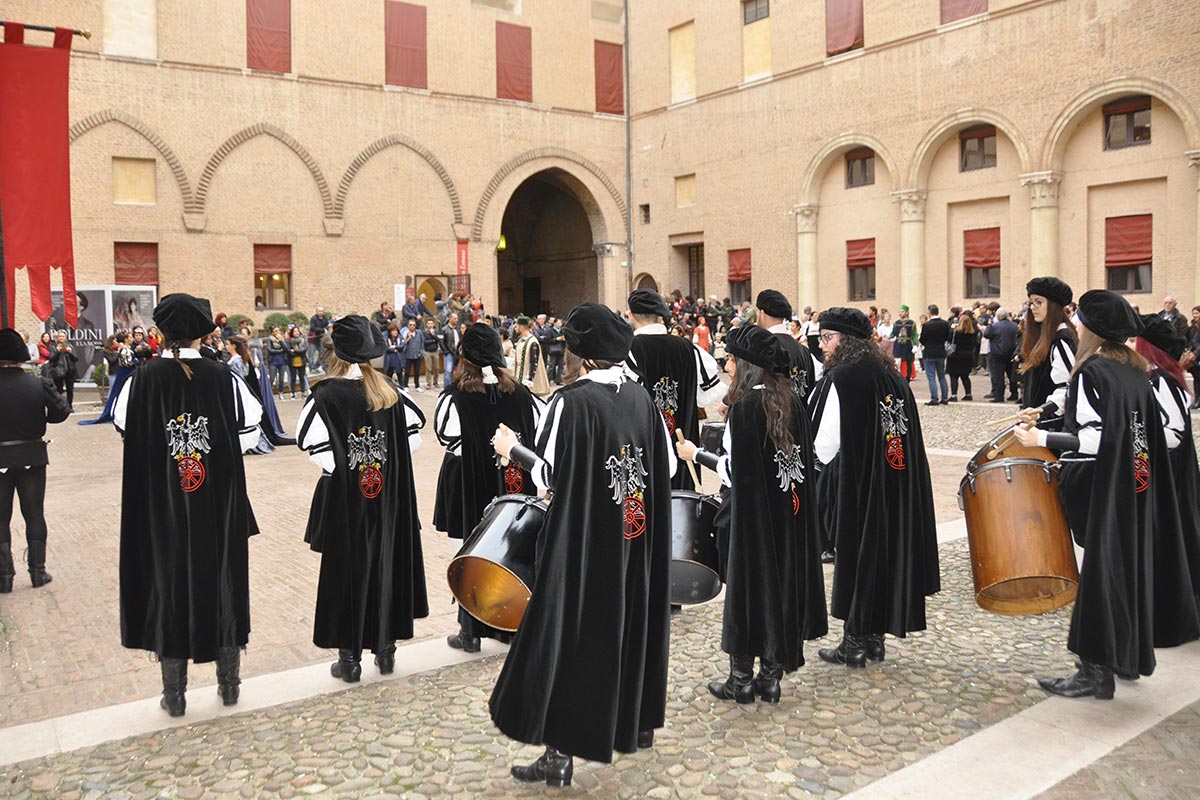 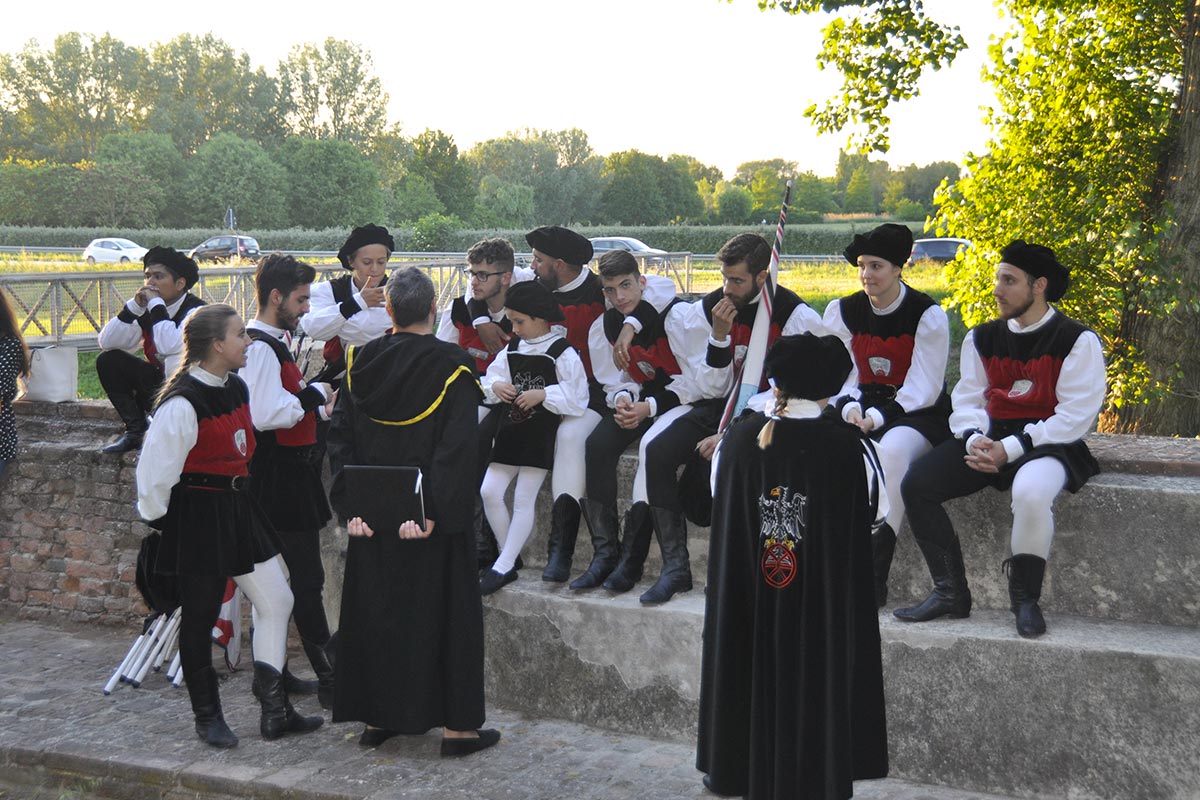 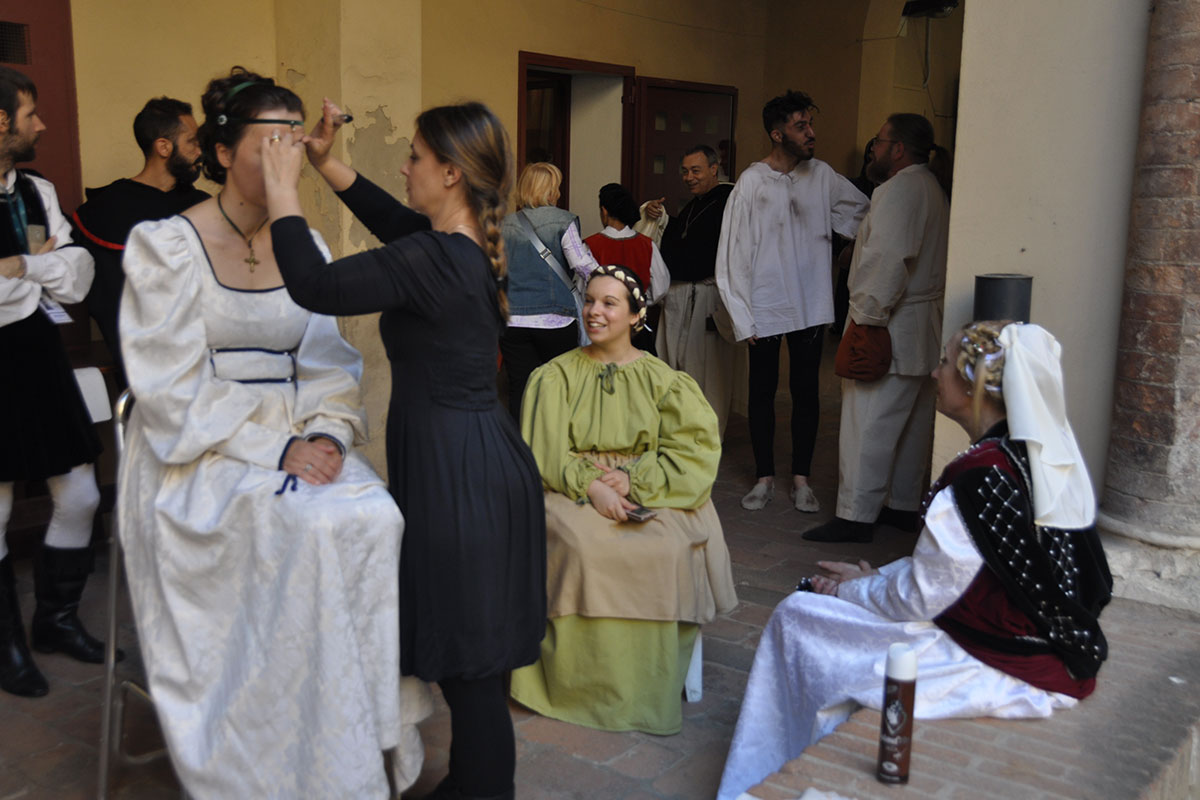 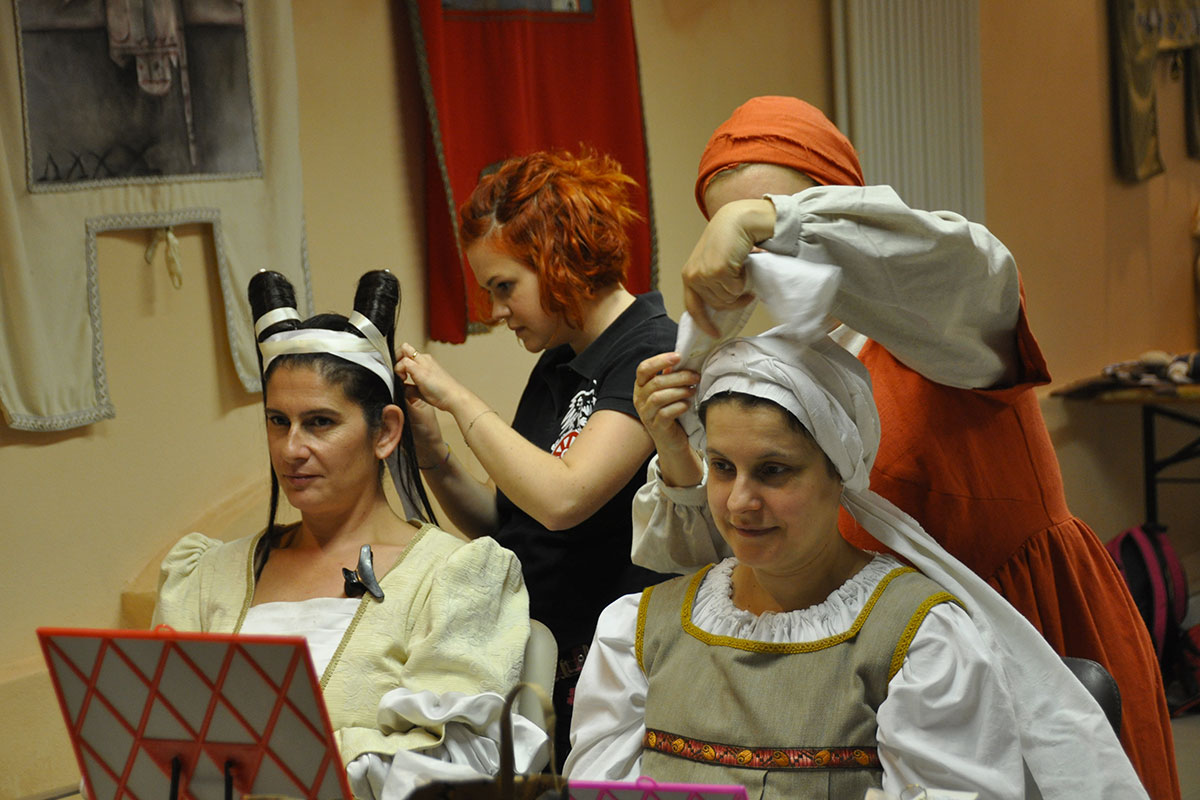 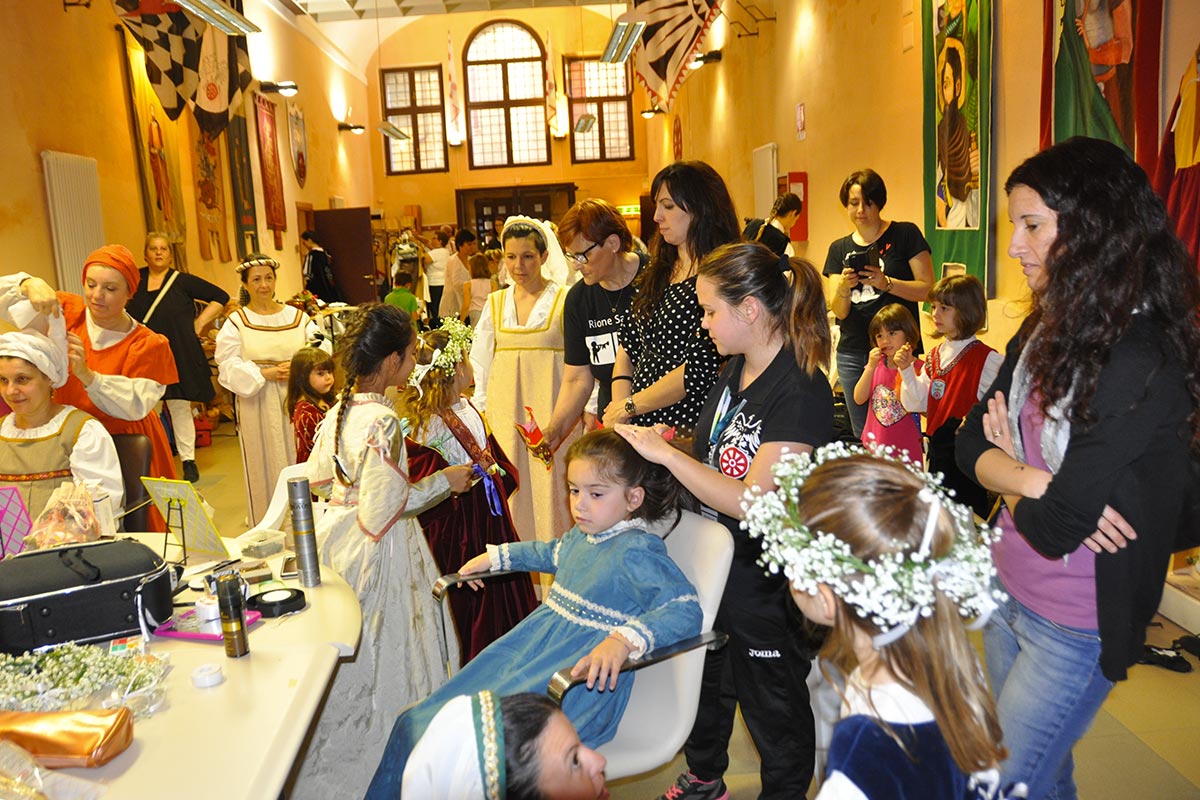 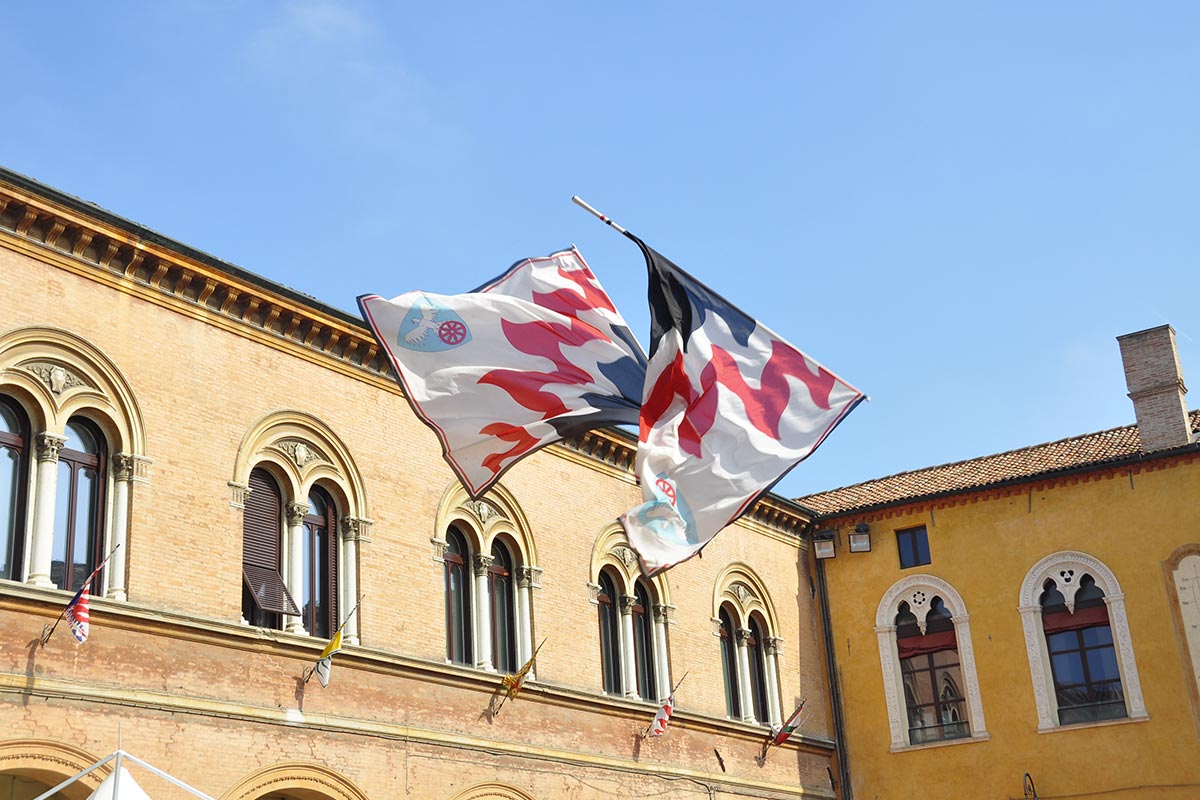 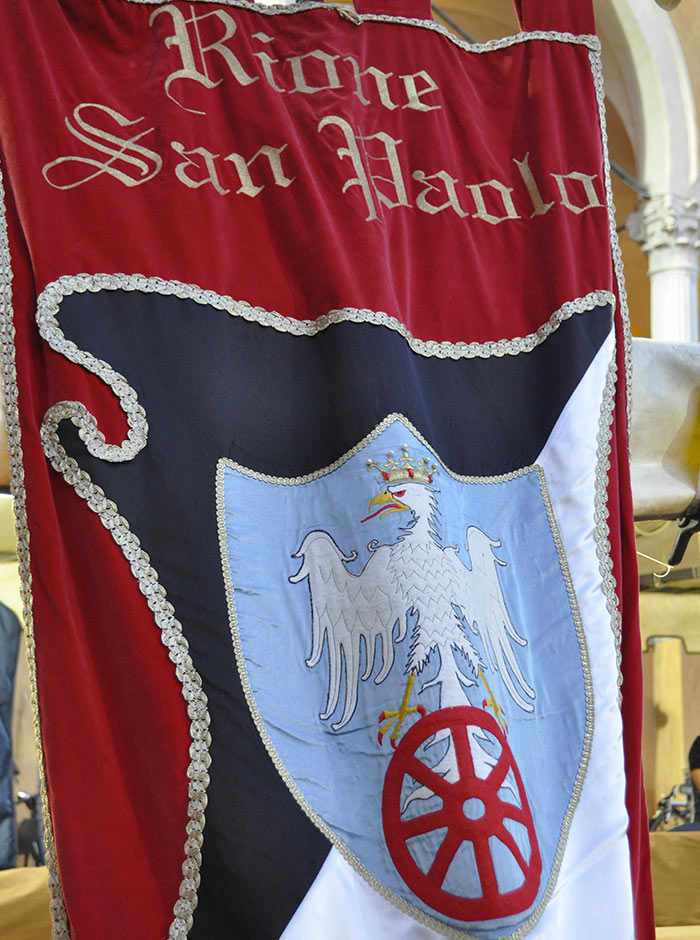 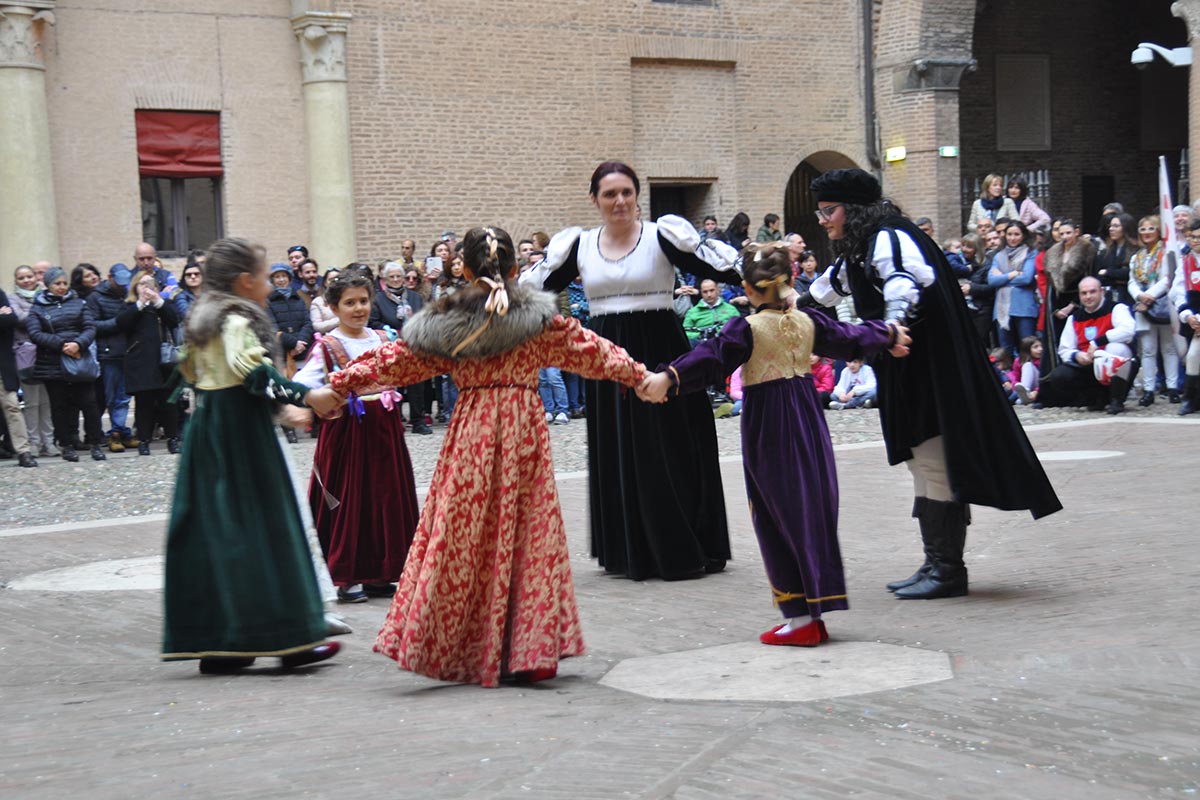 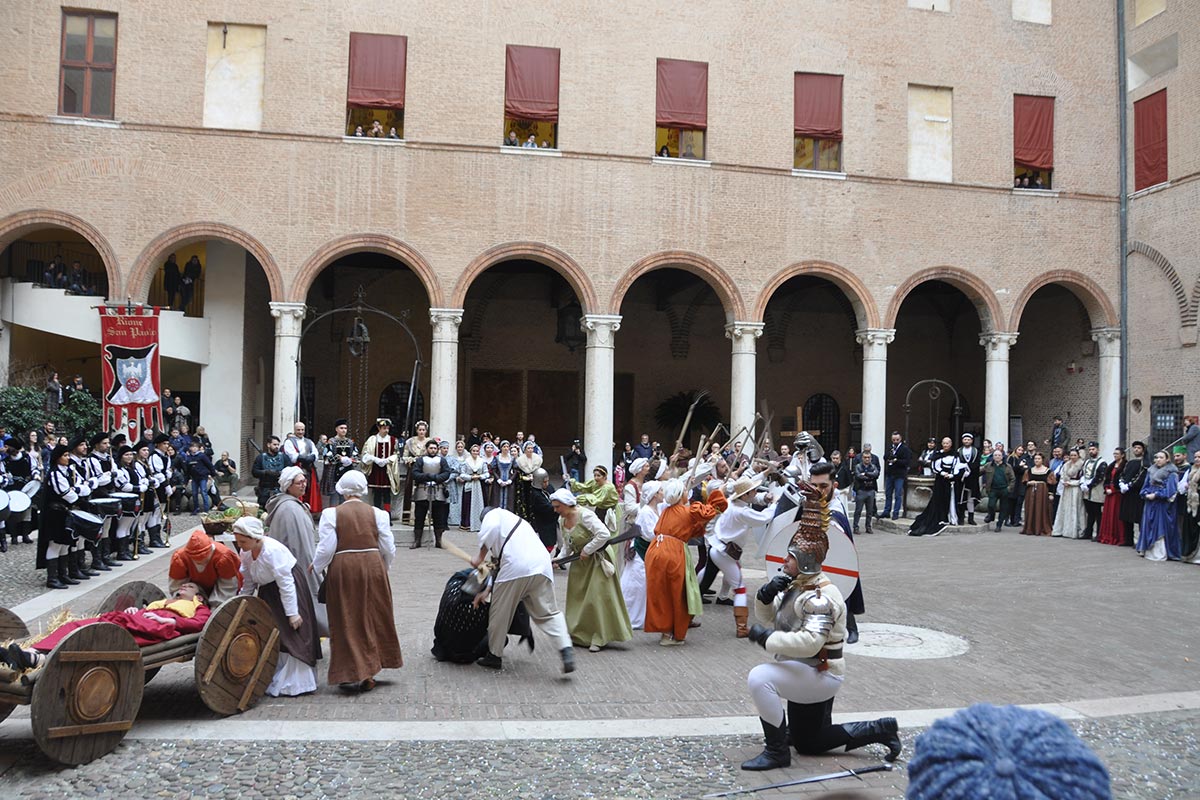