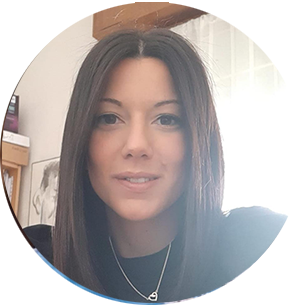 The territory of Contrada San Benedetto corresponds to the west half of the famous urban Addizione realised starting from 1492 by the duke Ercole I d’Este. To the west of the ancient Via degli Angeli (today called Corso Ercole I d’Este) it is still possible to admire some jewels of the Renaissance architecture of Ferrara, such as Palazzo Prosperi Sacrati with its triumphal marble portal; the San Benedetto’s church, the Ludovico Ariosto’s house, Palazzo Mosti and the monumental Palazzo dei Diamanti home to the National Picture Gallery and to prestigious exhibitions curated by the Modern and Contemporary Art Galleries of Ferrara.
The Rione counted inside its territory many other little Contrade, such as the Contrada del Mirasole (still existing toponym) and the Contrada of Guazzaduro, which is the present Via Contrada della Rosa.
The insignia, together with the white and light blue colours, represents a golden ring surmounted by a diamond clutched by the leaves of a multicolour flower. The flower, often confused with the red carnation, is a daisy whose concentric crown of petals reproduce the sequence of green, white and red colours, representing the three theological virtues: hope, faith and charity. Particularly dear to the duke Ercole, the diamond symbolises the talismanic and Christological meanings of the precious stone, emblem of purity, light and incorruptibility. 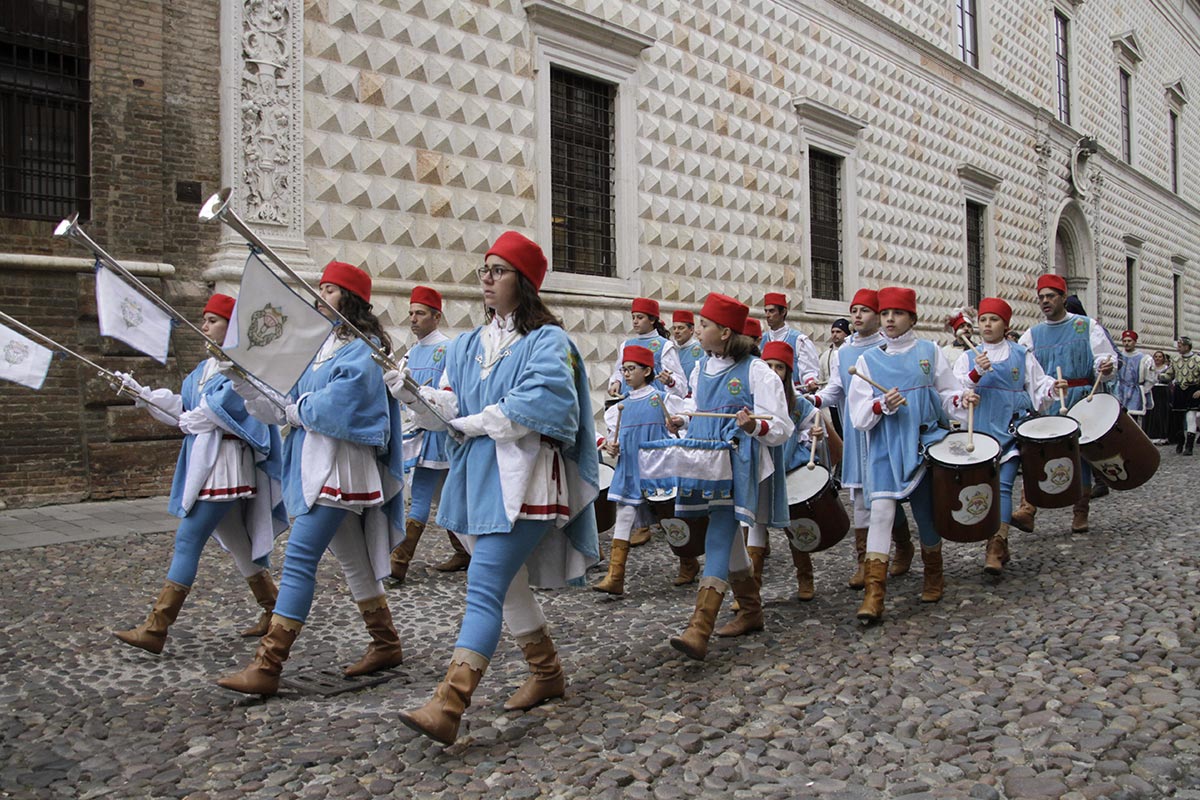 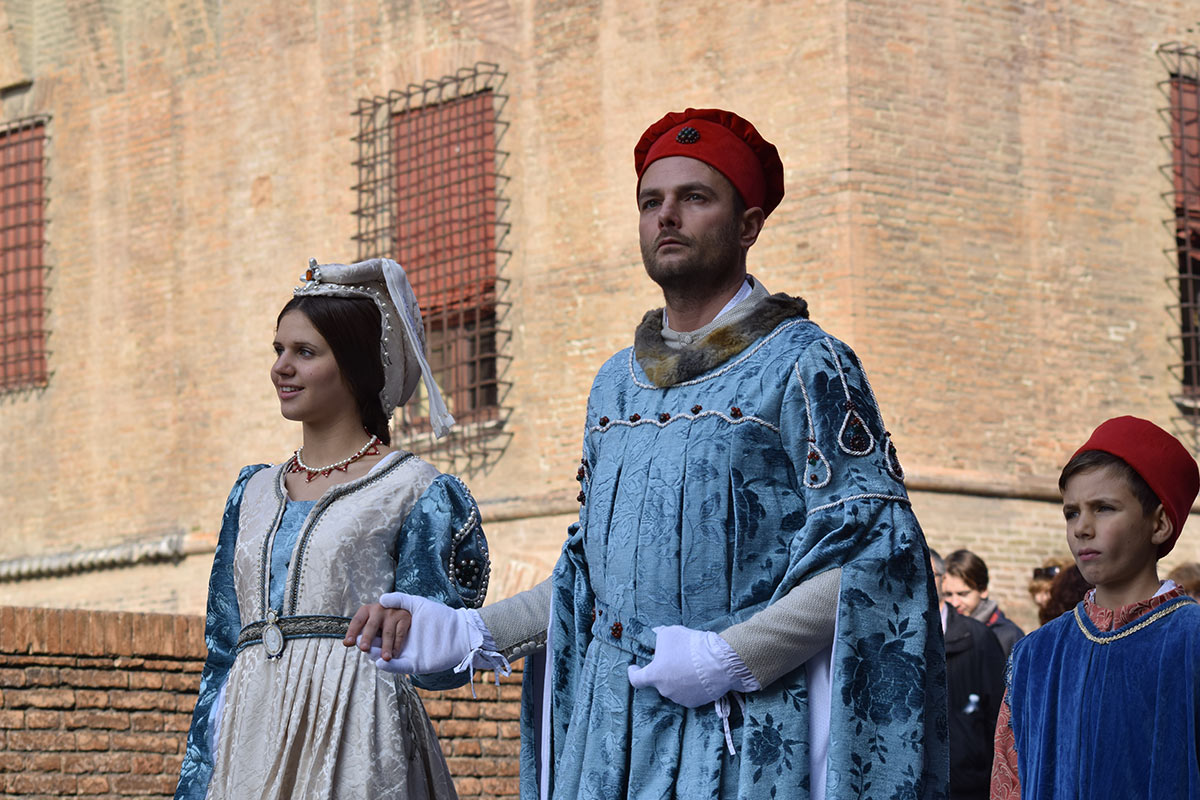 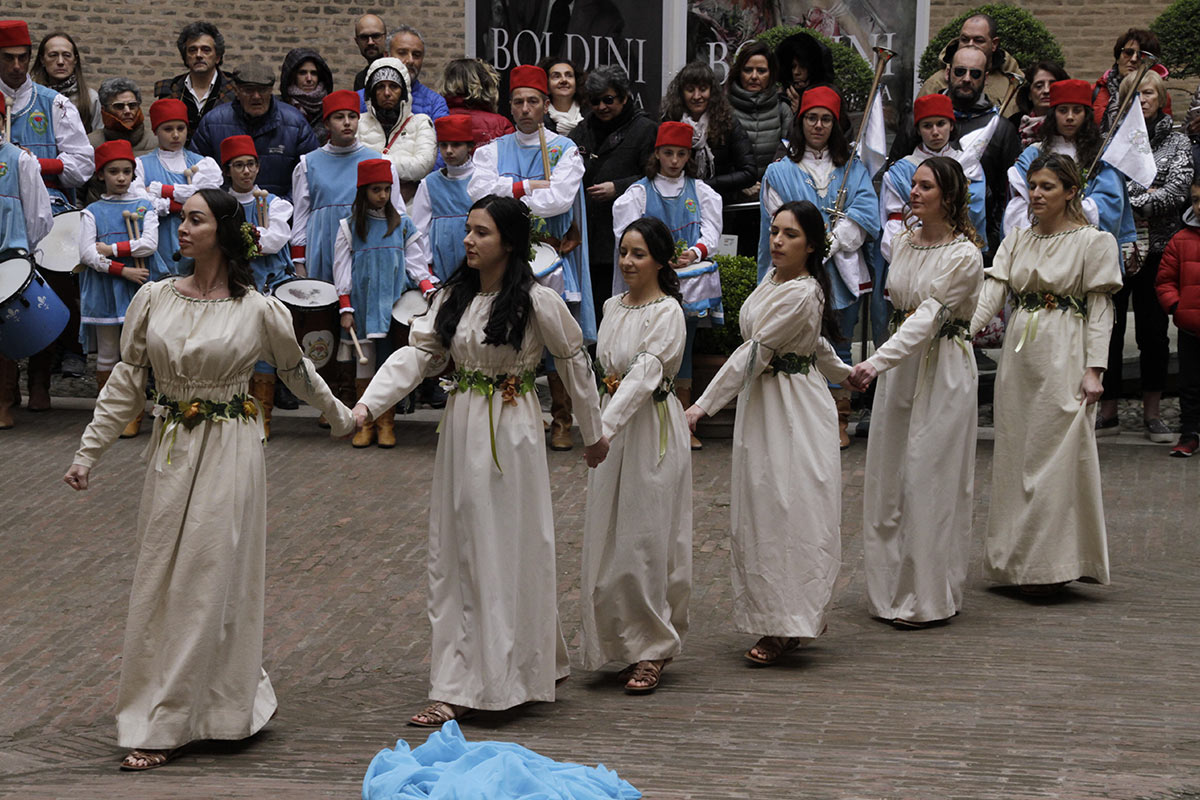 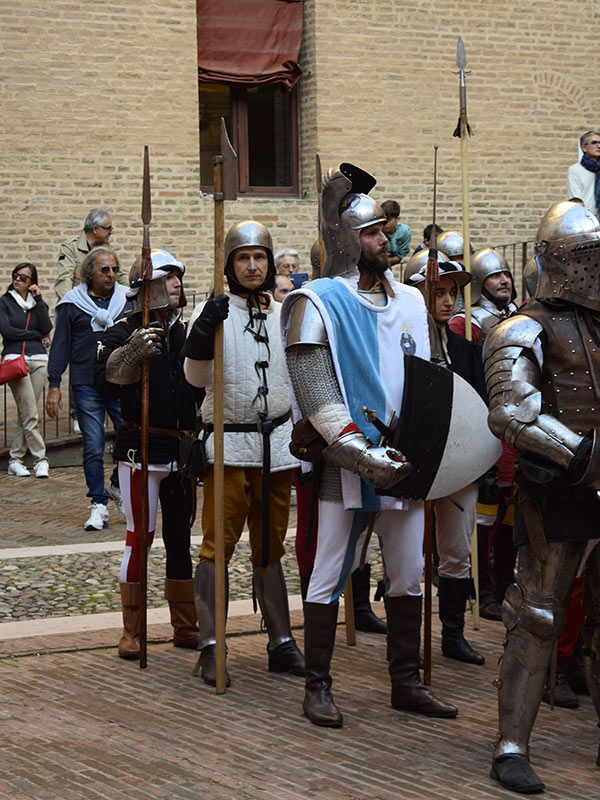 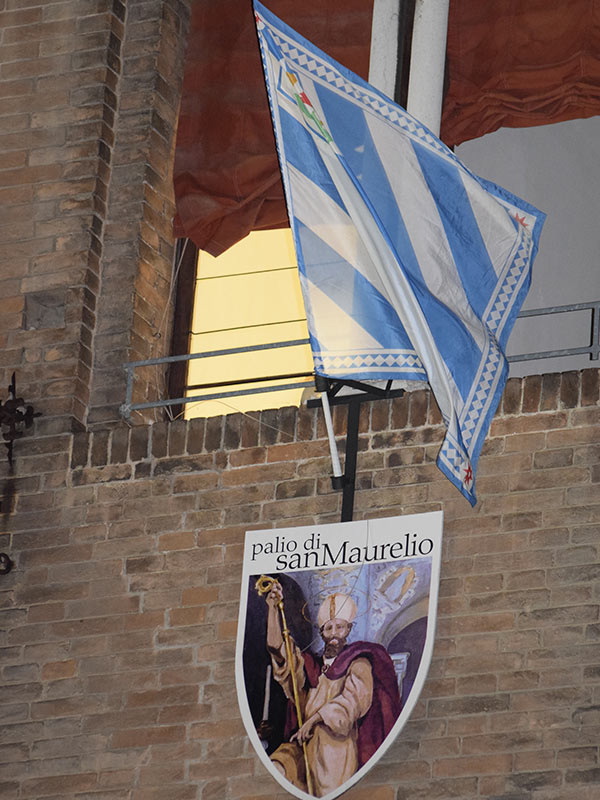 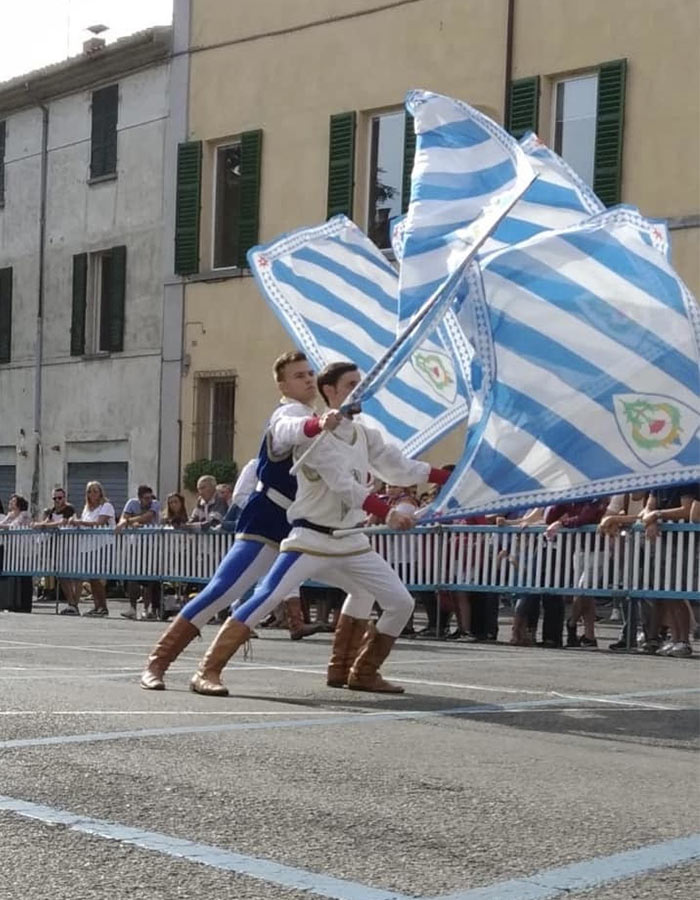 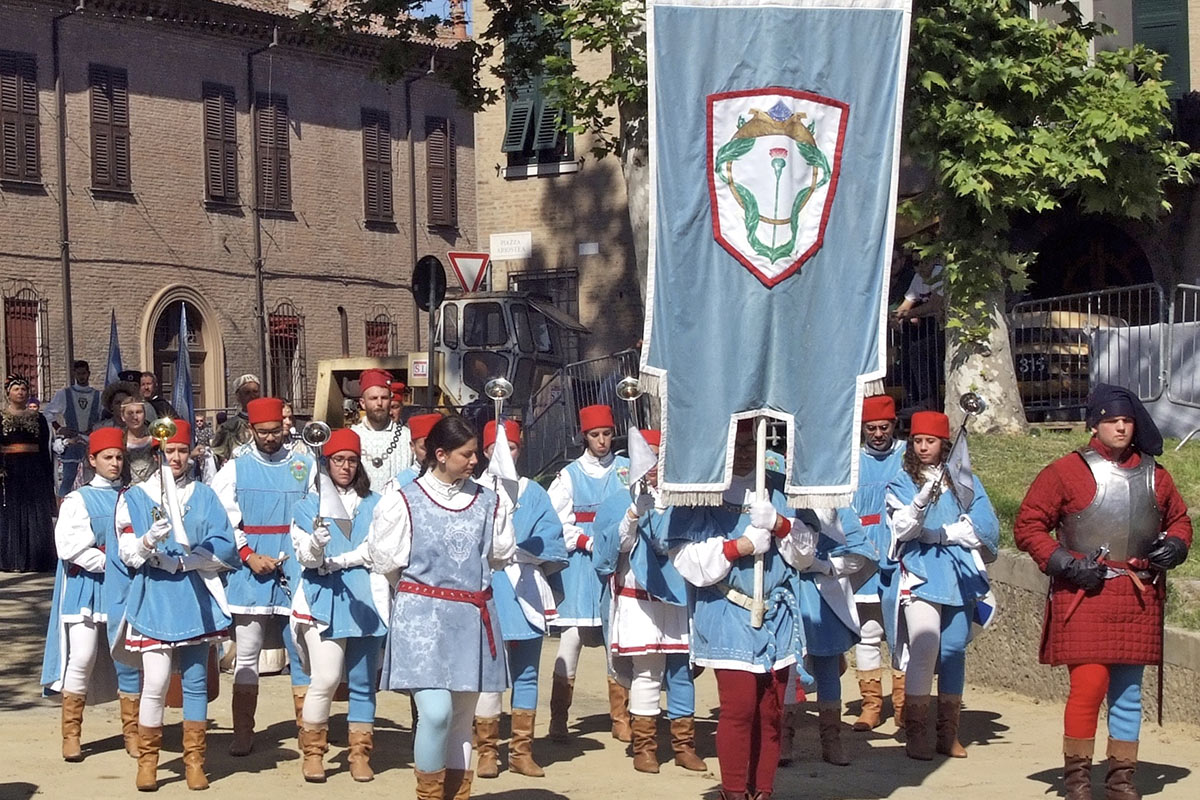 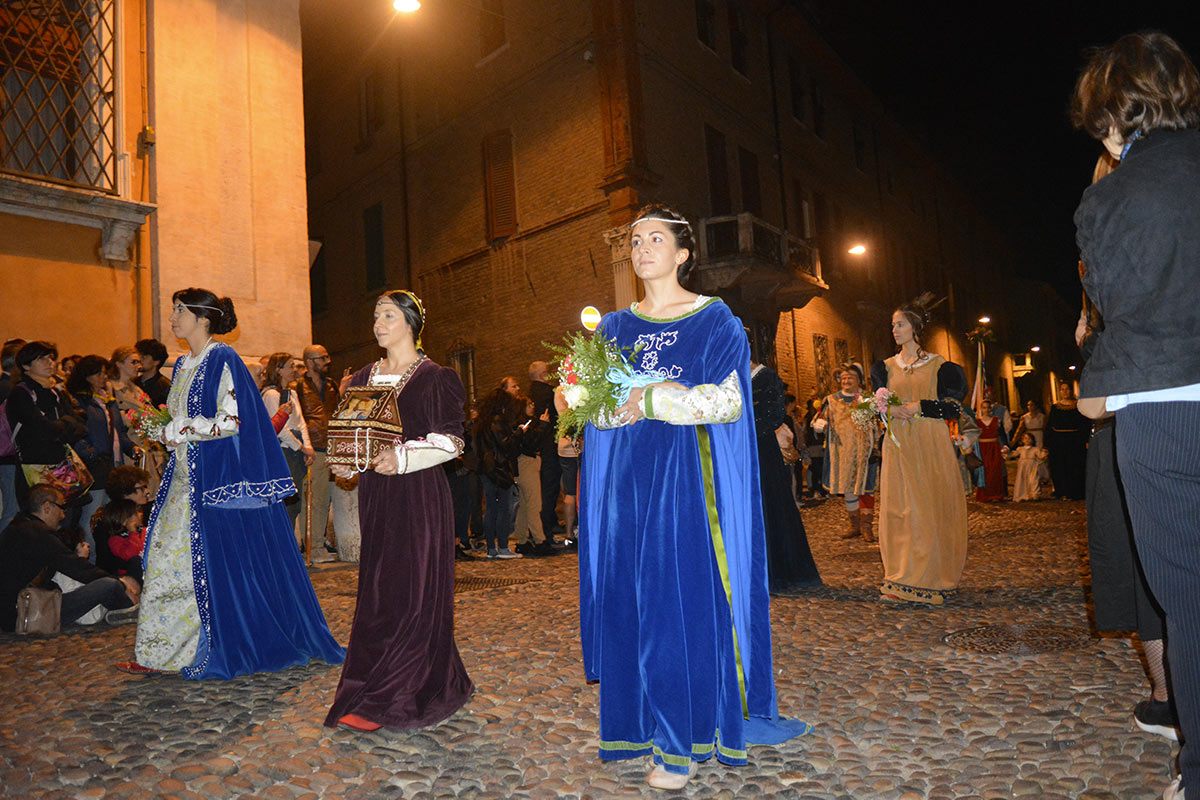 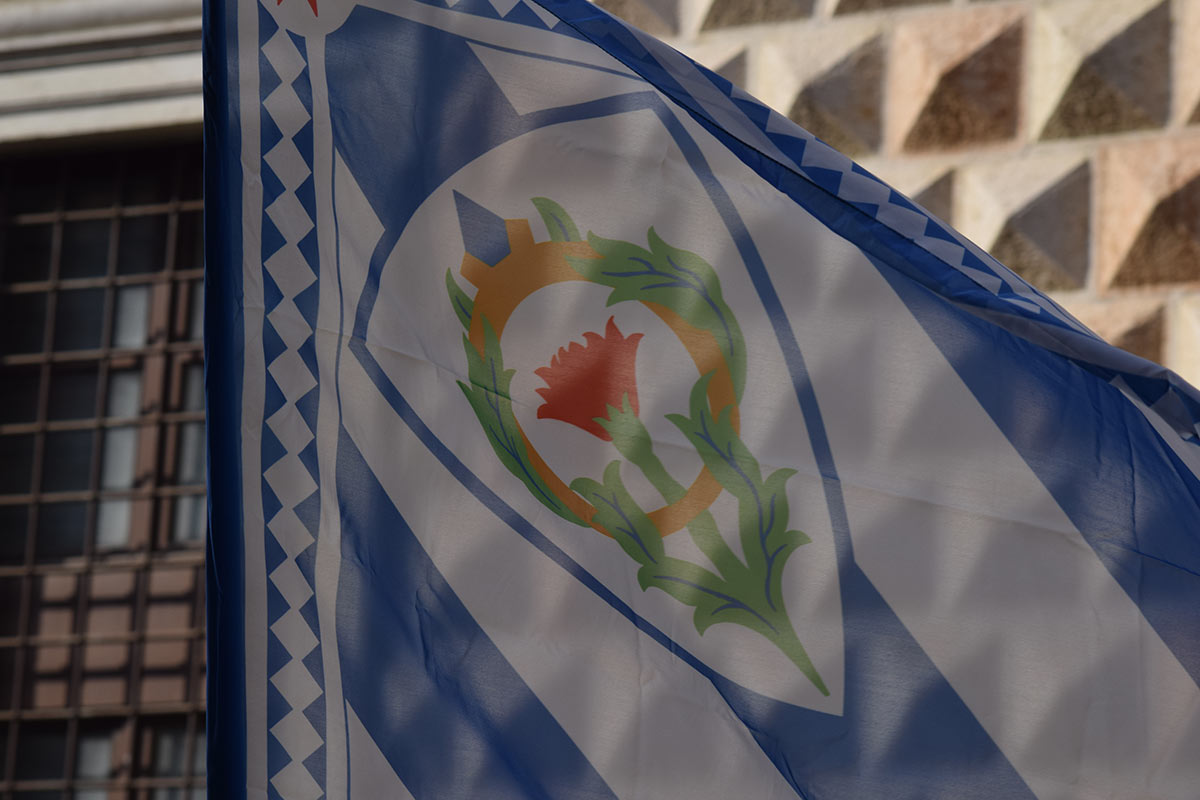 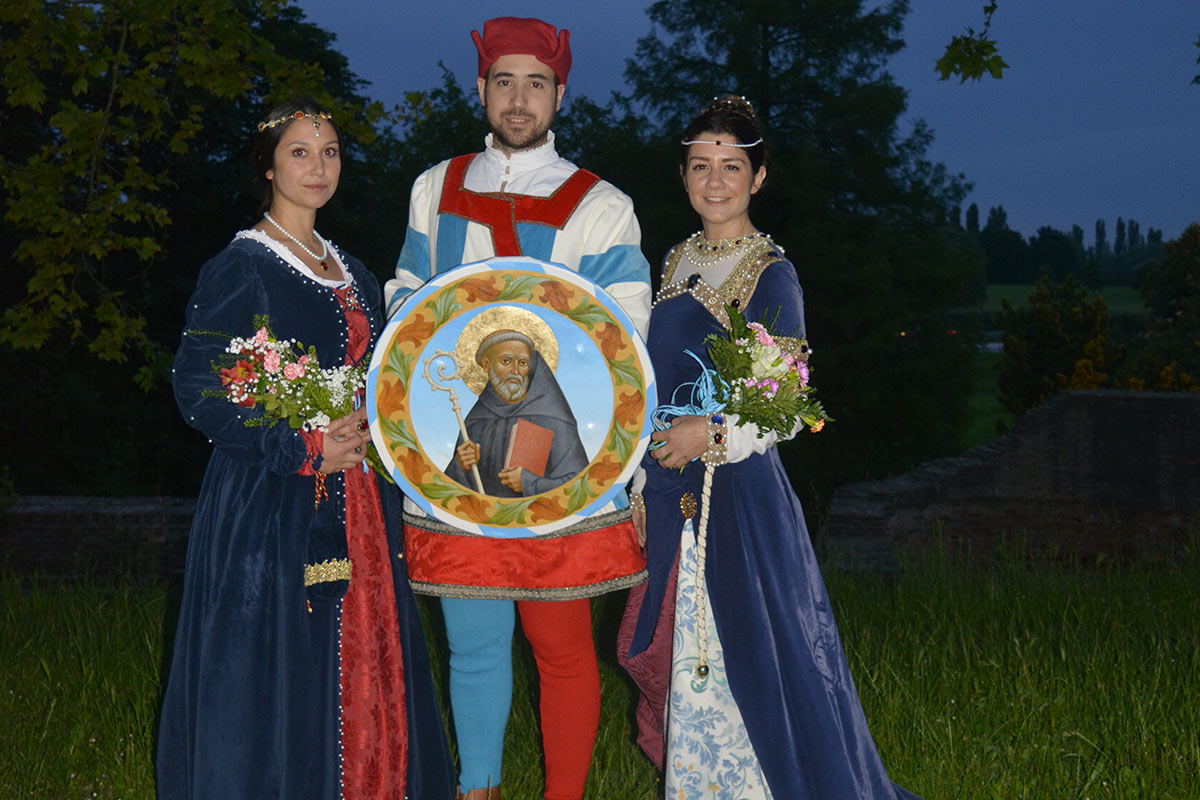