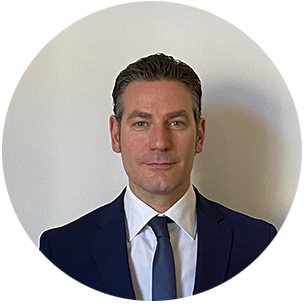 The Contrada San Giorgio corresponds to the populous suburban settlement at the south-east side of the present city walls. This territory developed until the 16 th century around the ancient fork of Po river into the branches of Volano and Primaro rivers: the originally marshland area gradually became fertile thanks to many reclamations works carried out by the Este princes and monks. Here important religious structures raised and still exist, such as the Benedictine complex of San Bartolo in Borgo della Misericordia (toponym given to the present street), founded in the 9 th century, and especially the Basilica di San Giorgio, first Cathedral of Ferrara which was episcopal seat until 1135.
Stylistically attributed to the architect Biagio Rossetti, the beautiful bell tower seems to have been completed in 1485: the date is reported on a plaque on the walls still visible nowadays.
The heraldic colours yellow and red are matched to the sign of the hydra, the legendary seven-headed snake that stank out the marshes where it lived: once you cut them, the heads kept on regrowing and only the fire allowed the semi-divine hero Hercules to kill it, as told in one of his epic “labours”. Symbol of the evil’s multiplicity and earth’s unhealthiness, the hydra was a beloved sign by the dukes Borso and Ercole d’Este, promoters of huge drainages in the Polesine of San Giorgio. 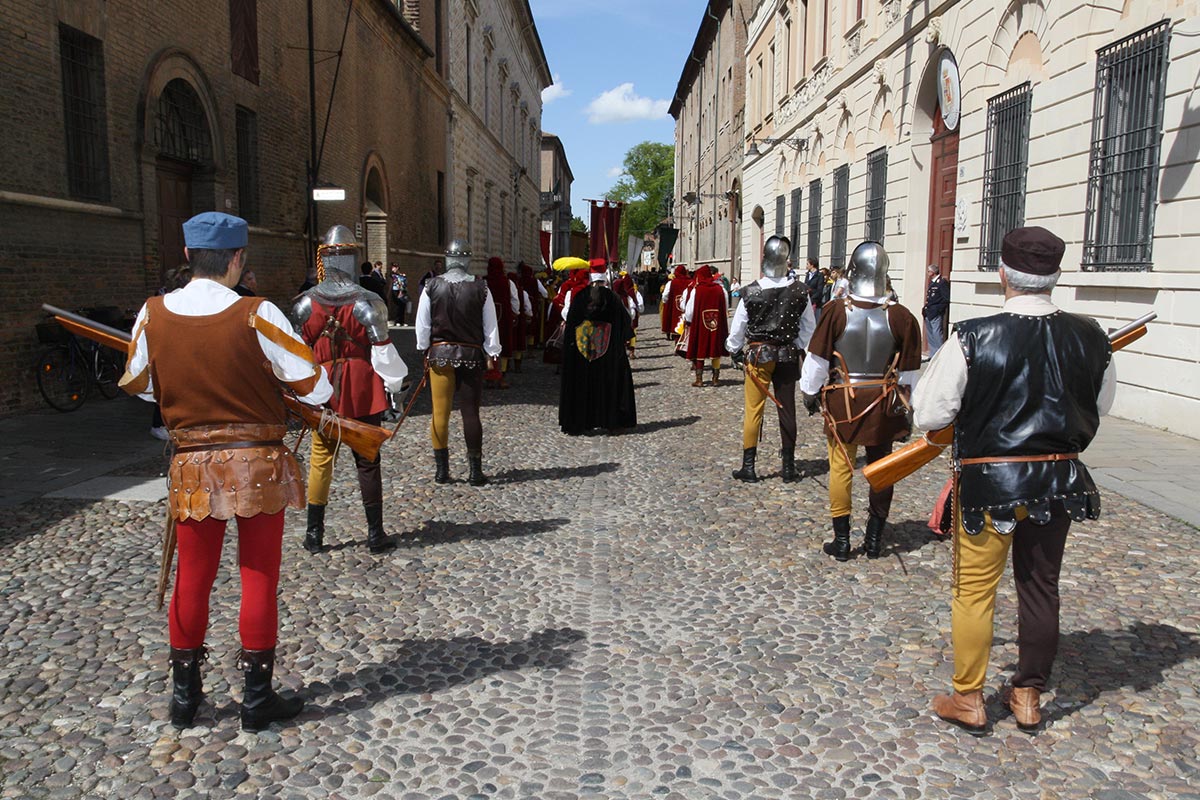 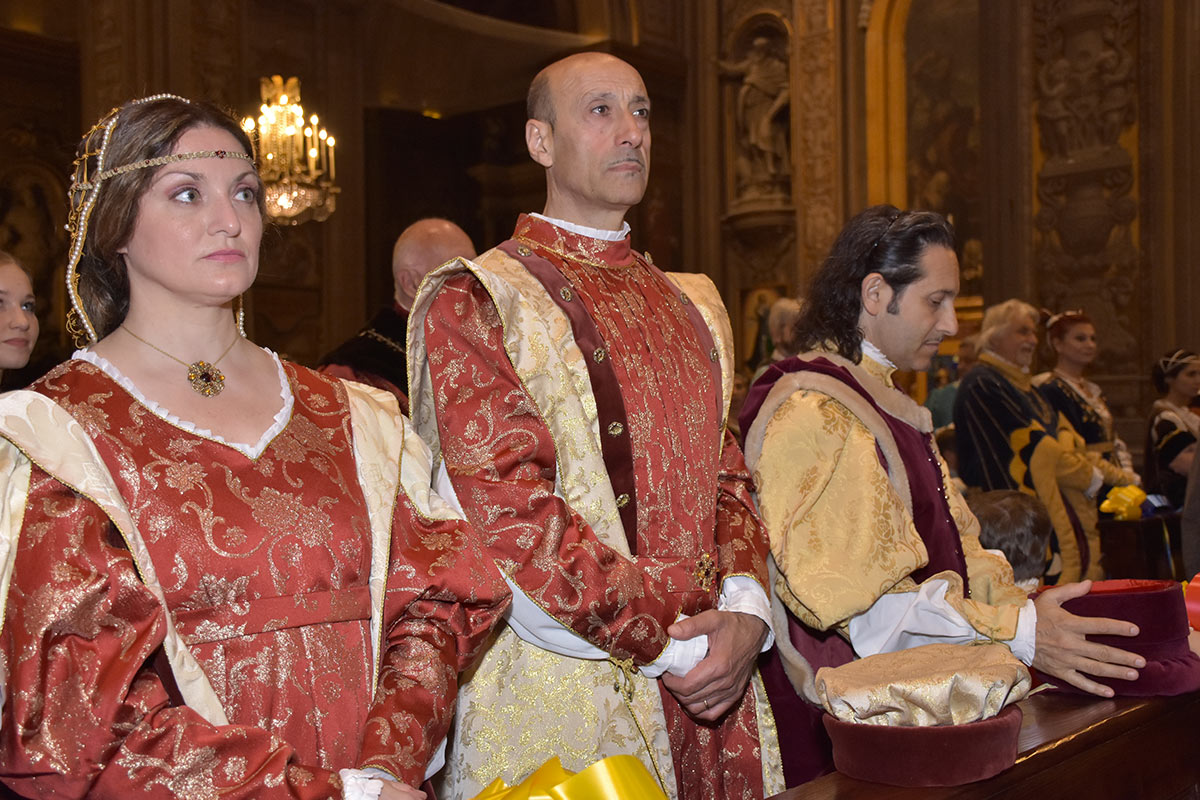 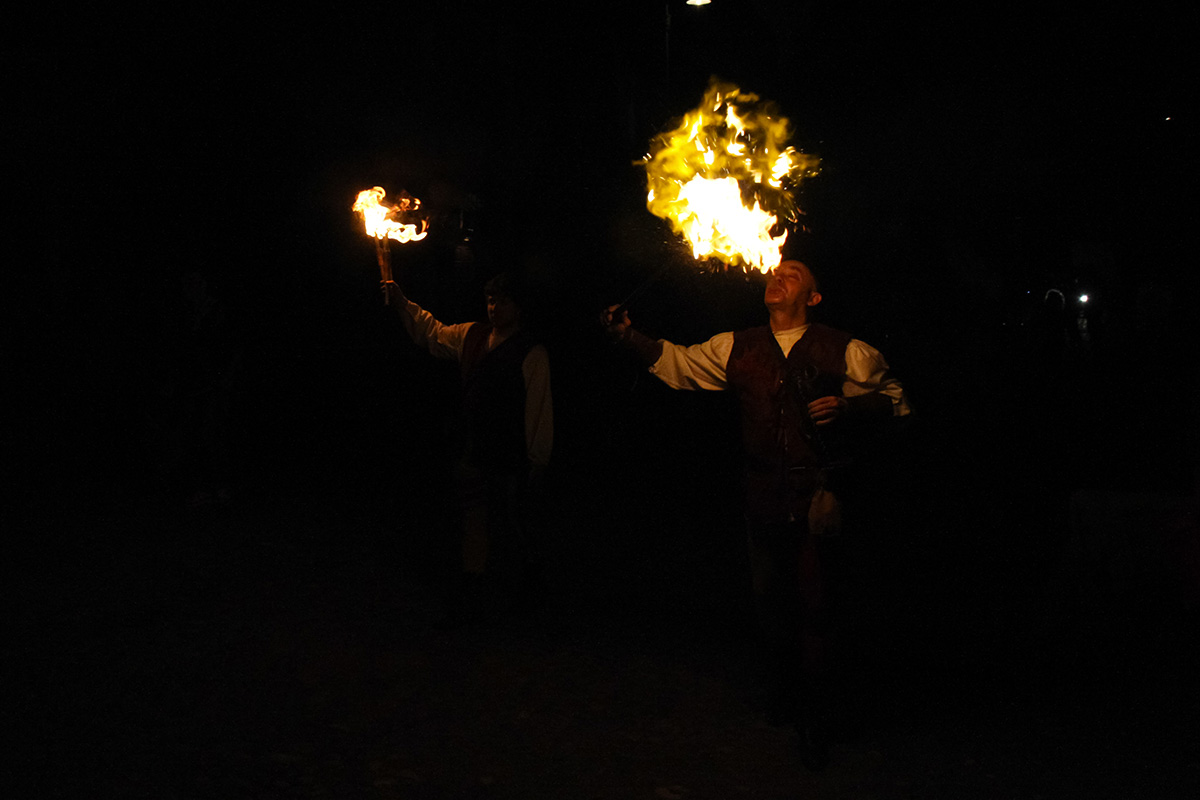 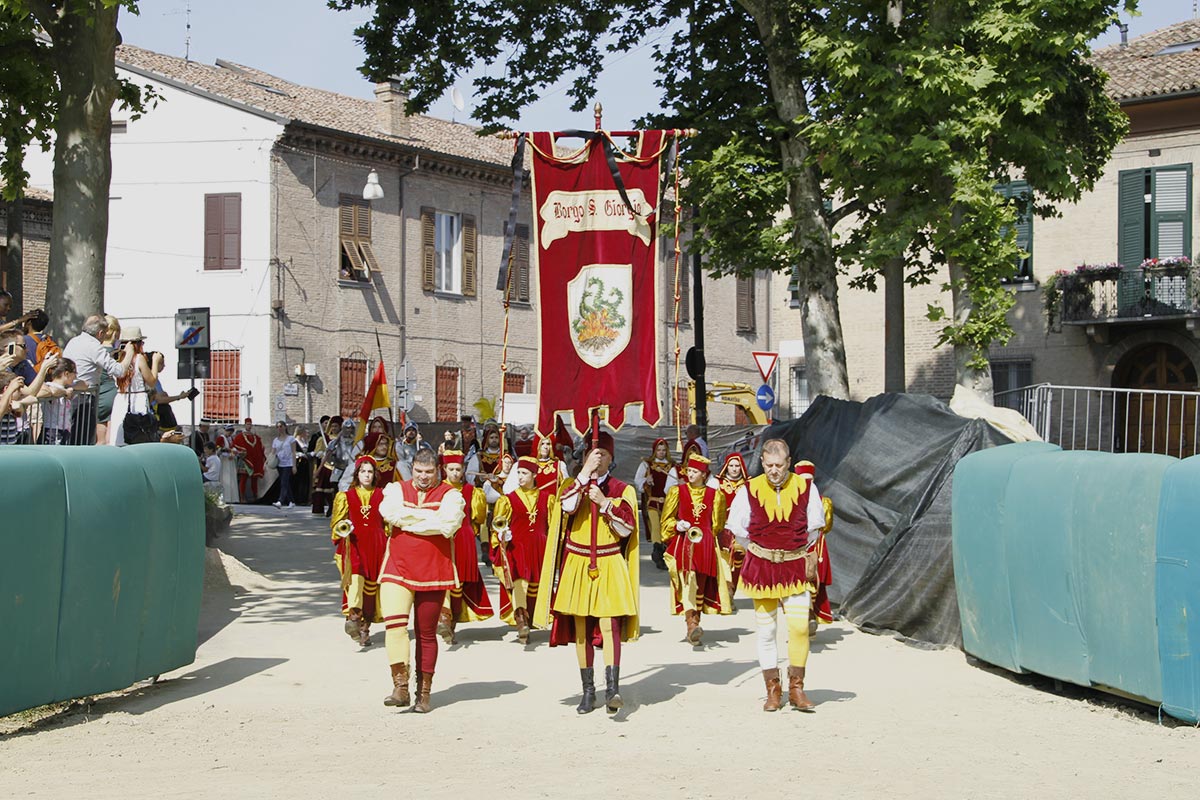 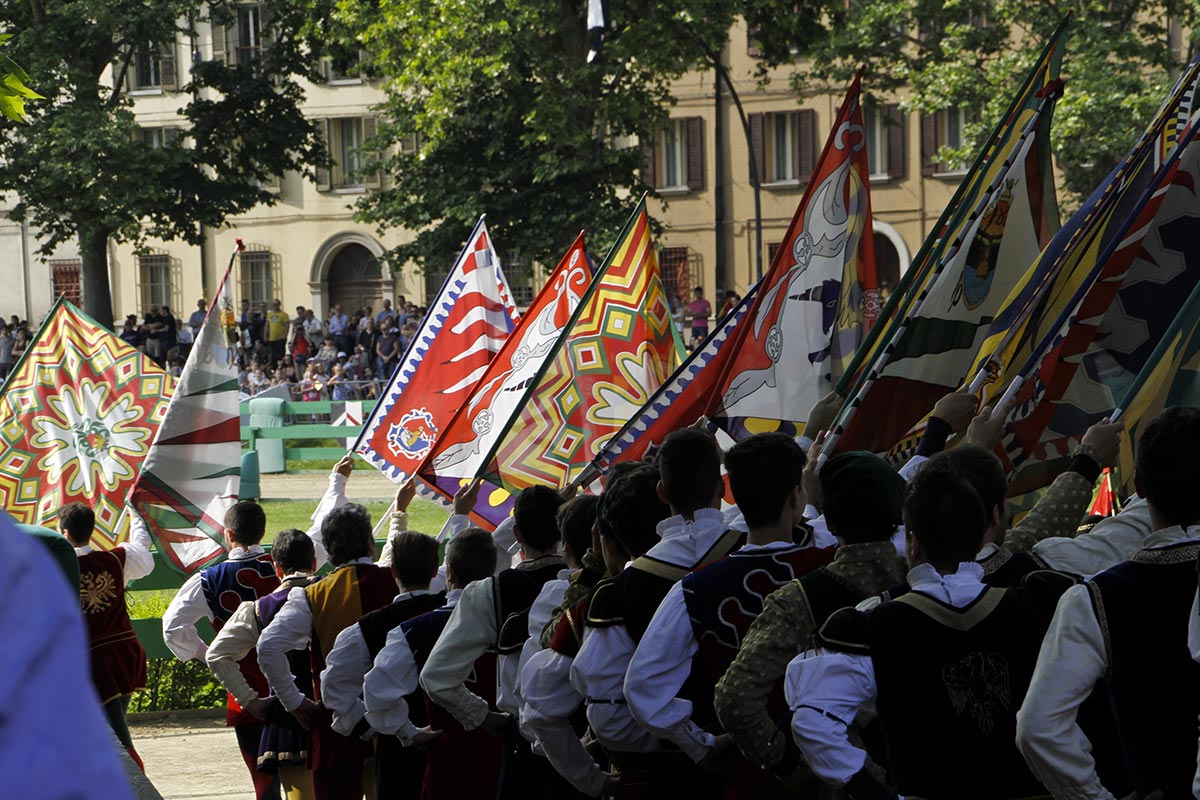 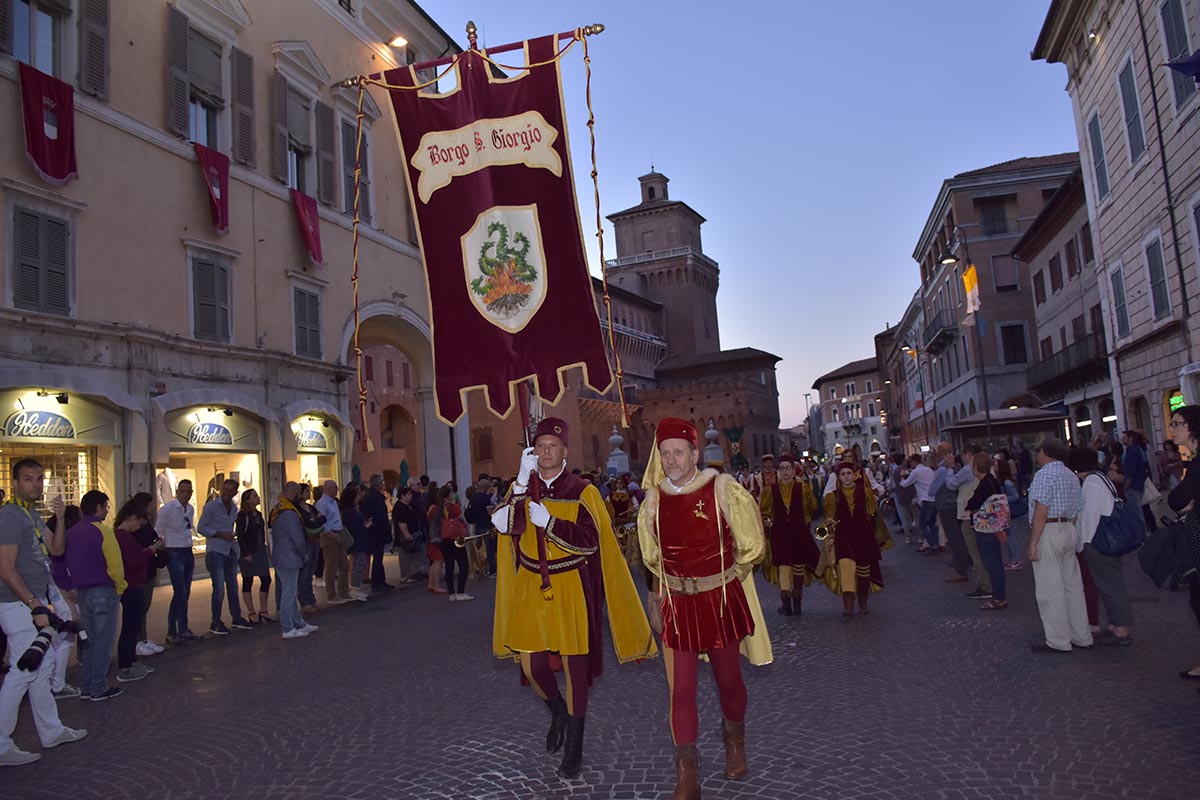 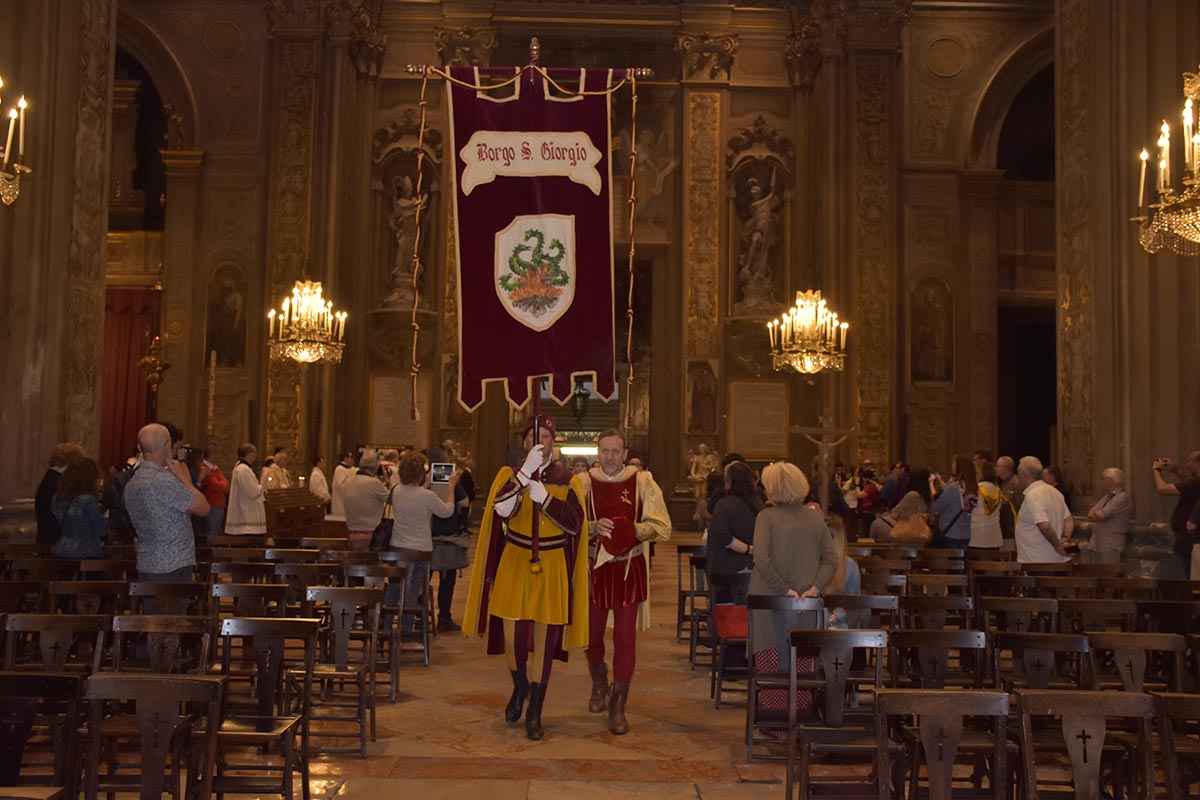 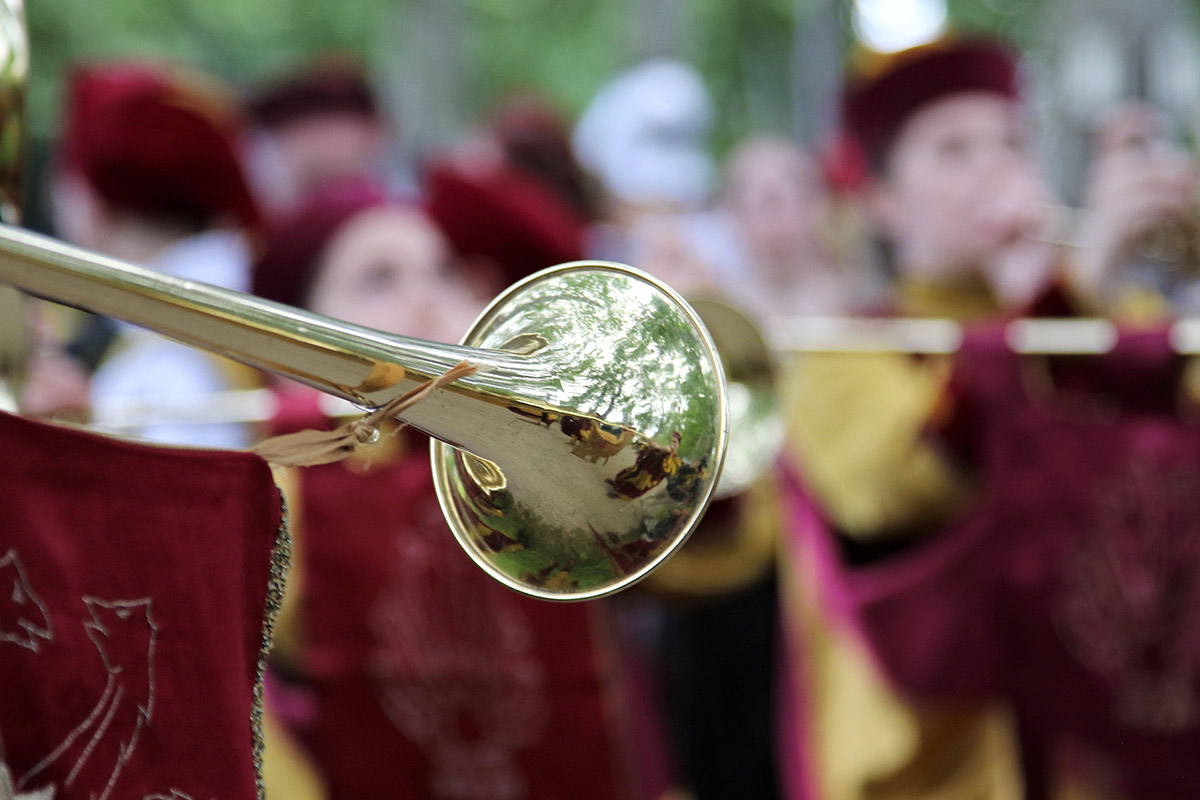 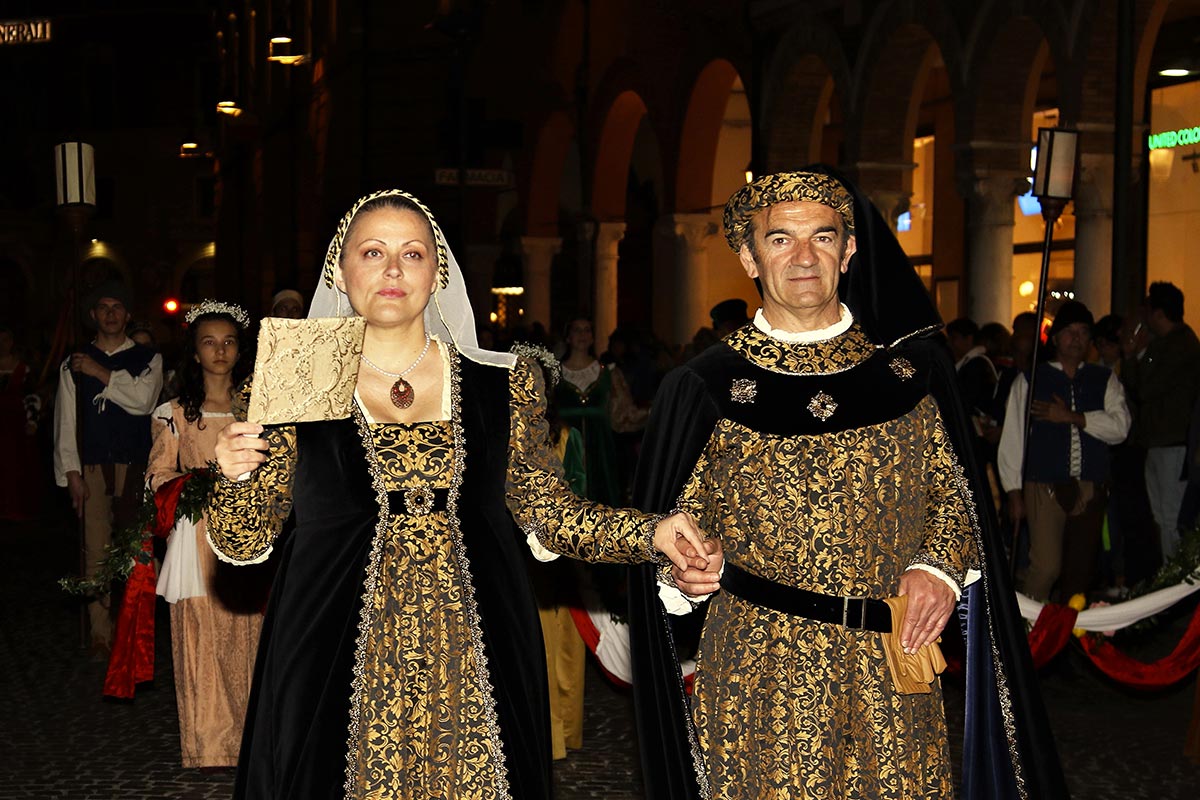