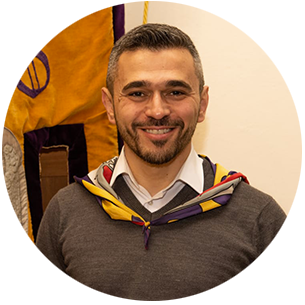 The Rione Santa Maria in Vado is located in the south-east area of the city inside the walls, corresponding to the most ancient and densely populated settlement developed around the seventh-century byzantine castrum.
The Contrada counts the most qualified medieval and Reinassance architectures of the city, such as: the Basilica of Santa Maria in Vado, the church of San Francesco, the Cattedrale di San Giorgio, Palazzo Paradiso, Palazzo Costabili (also wrongly called Palazzo Ludovico il Moro), Palazzzo Schifanoia, Casa Romei and Palazzina Marfisa d’Este. Authentic treasures of faith and art, the monastic complexes of Corpus Domini and Sant’Antonio in Polesine guard the burials of many members of the Este family, including that of Lucrezia Borgia in the first one and that of Blessed Beatrice d’Este in the second, still venerated for the prodigious “liquor” spilling from the stone.
The heraldic colours are yellow and purple while the symbol of the Rione is the unicorn sitting on a fenced islet in the shadow of a date palm: particularly dear to the duke Borso d’Este, it is portrayed in the act of purifying the swamps with its mystic horn and symbolizes the great reclamation works ordered in the outside territory by the first Duke of Ferrara. 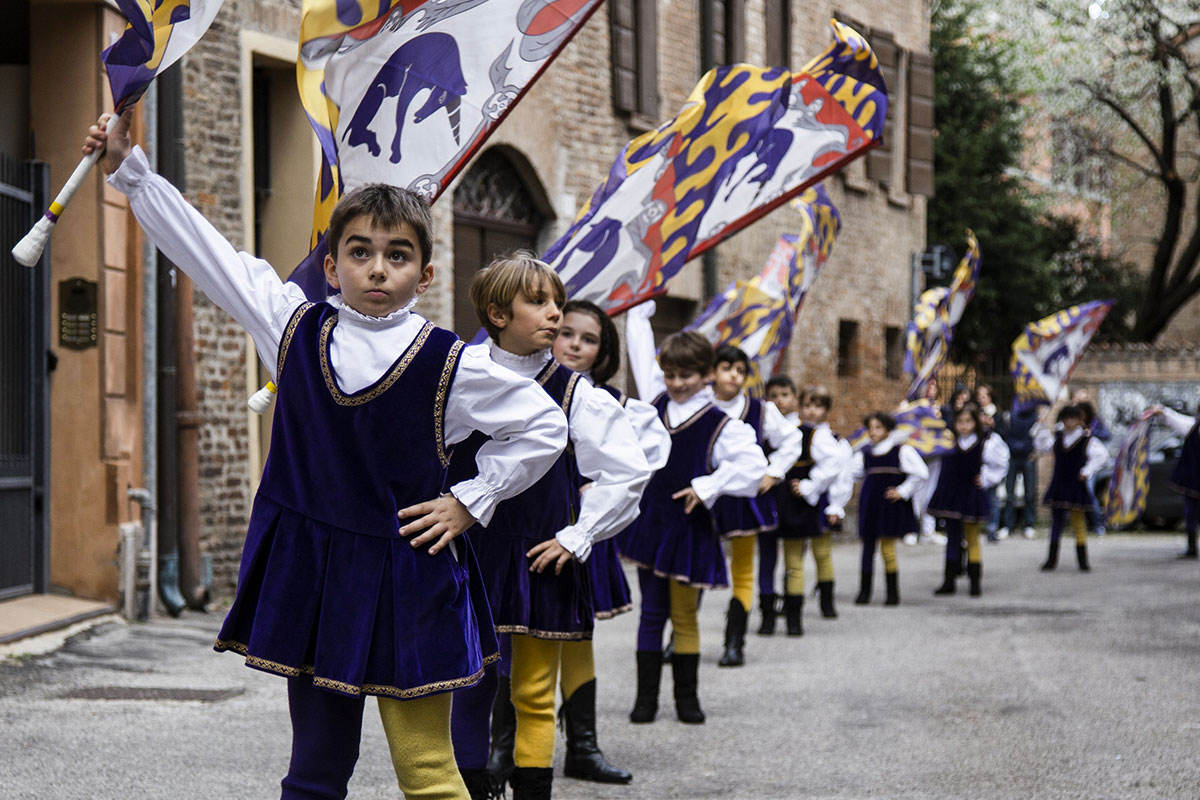 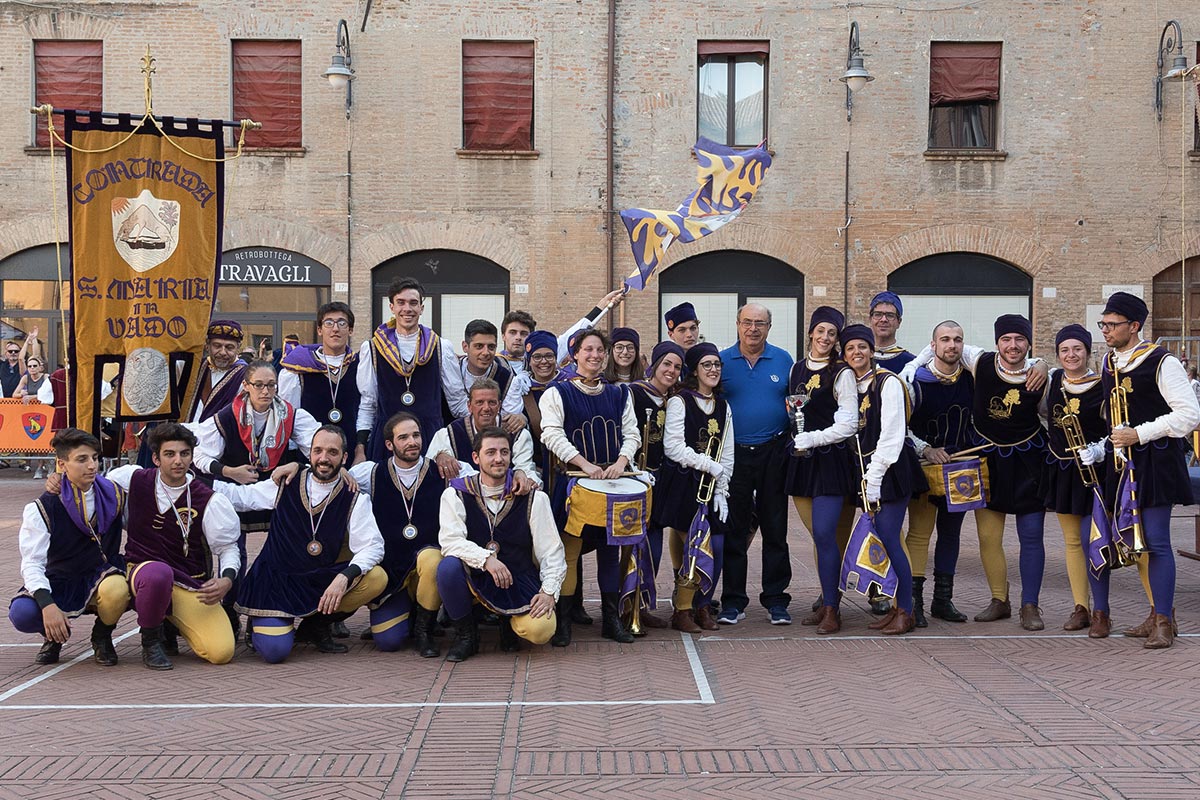 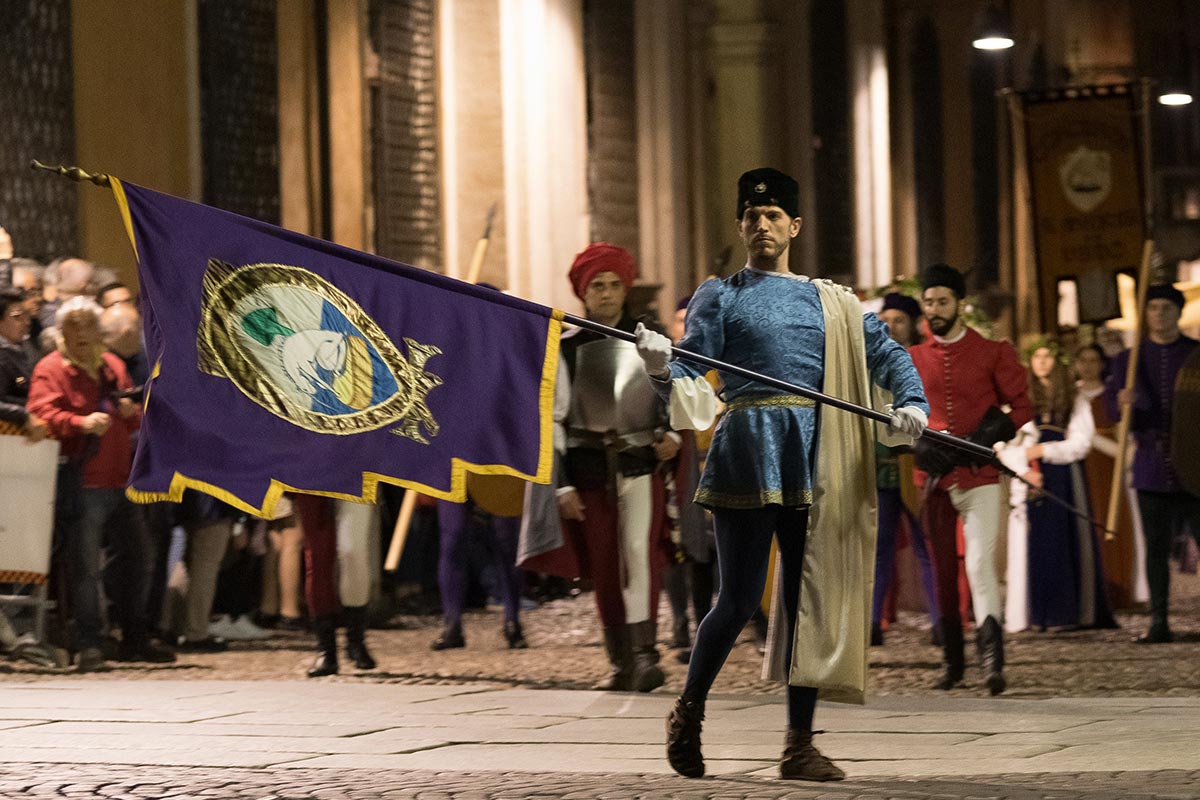 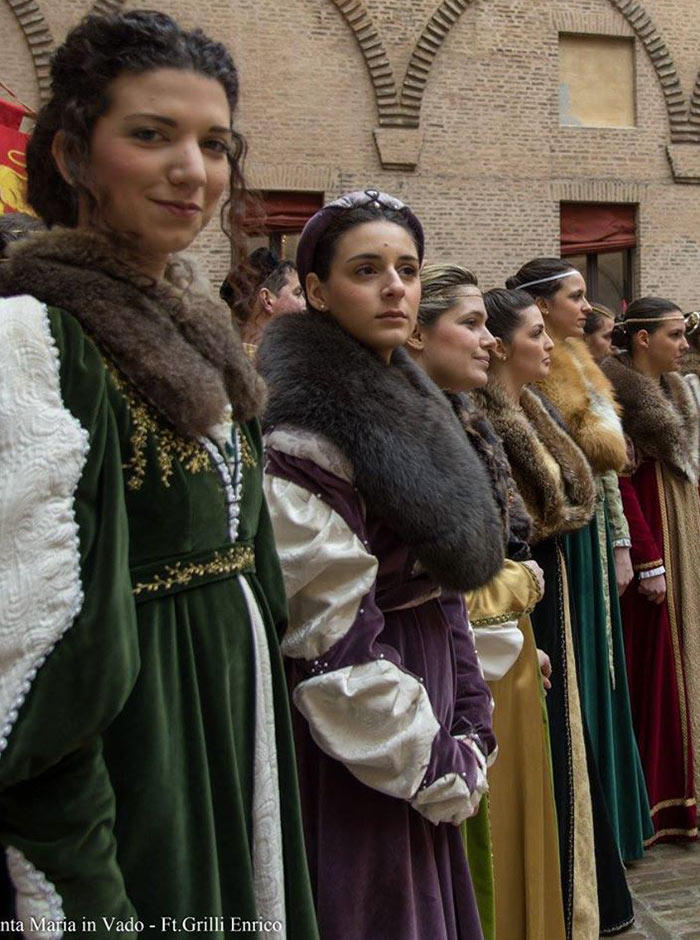 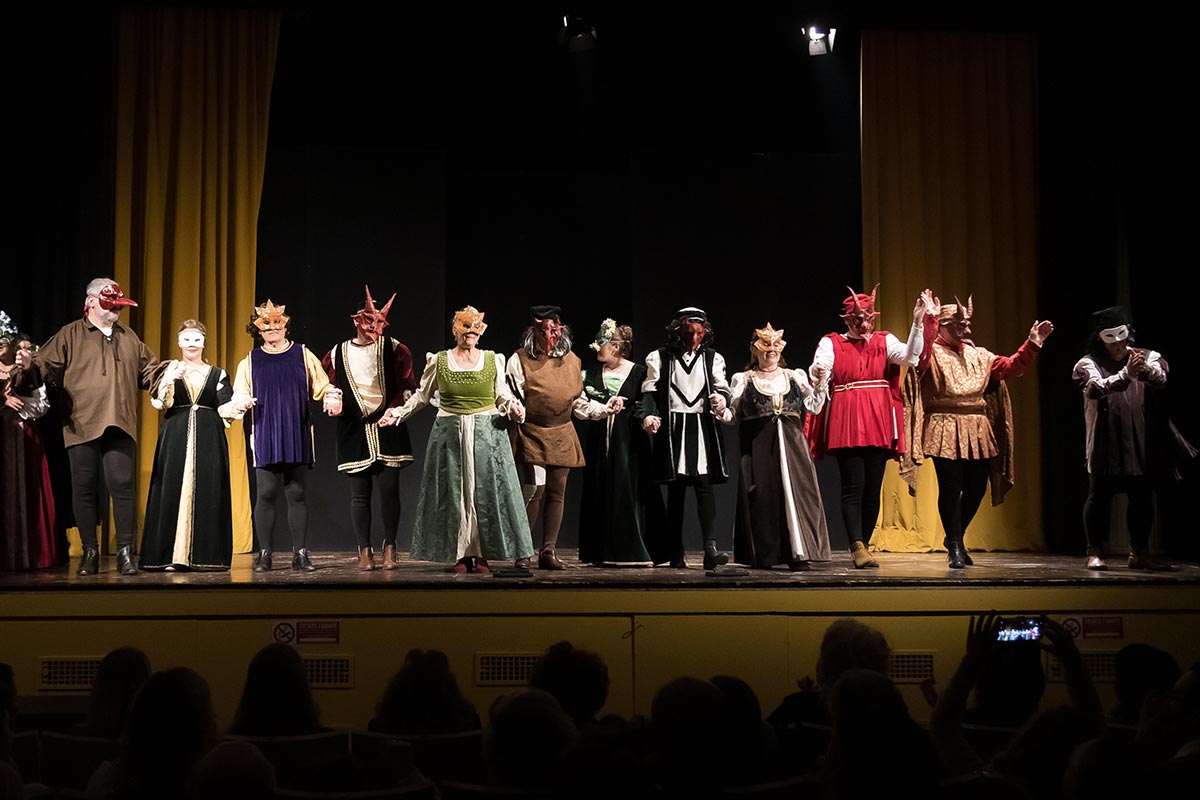 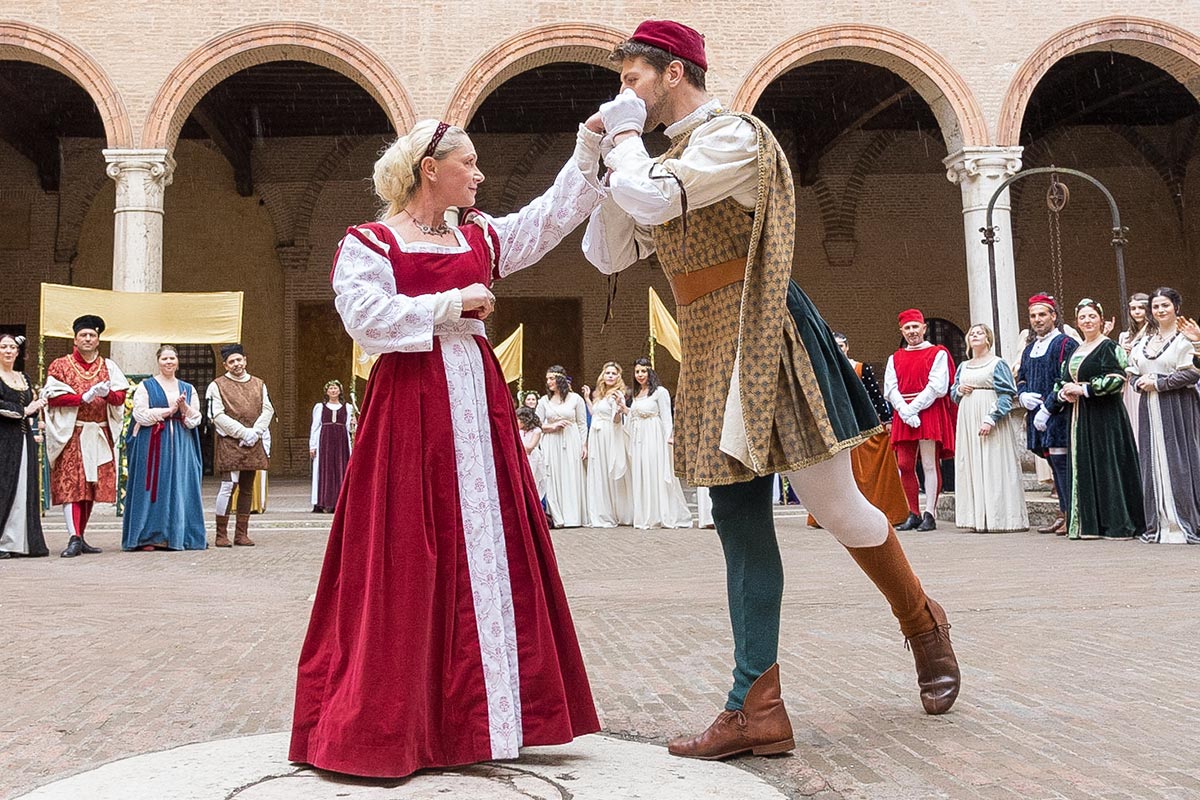 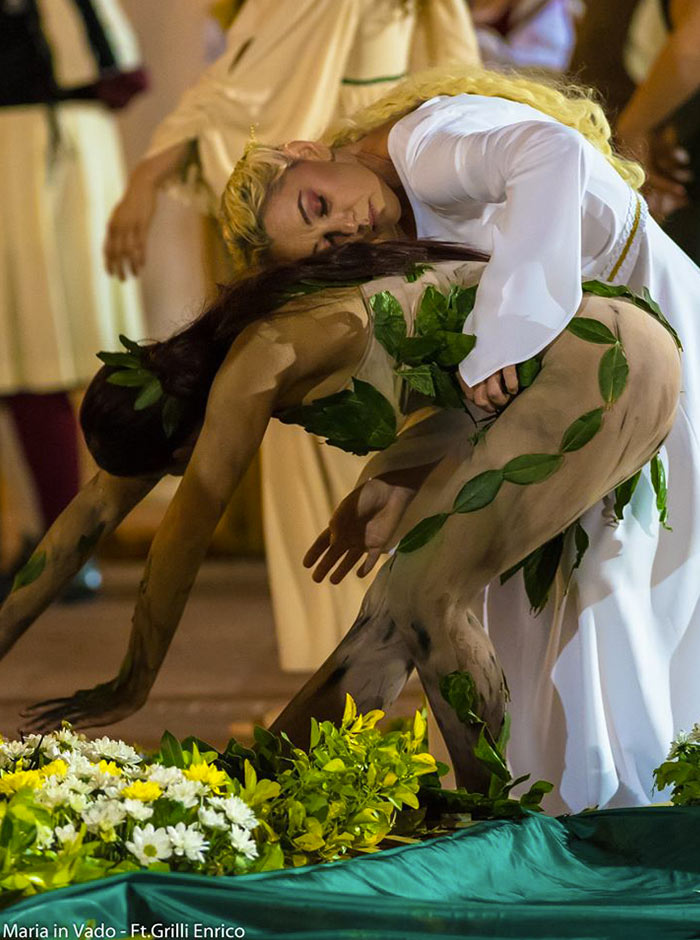 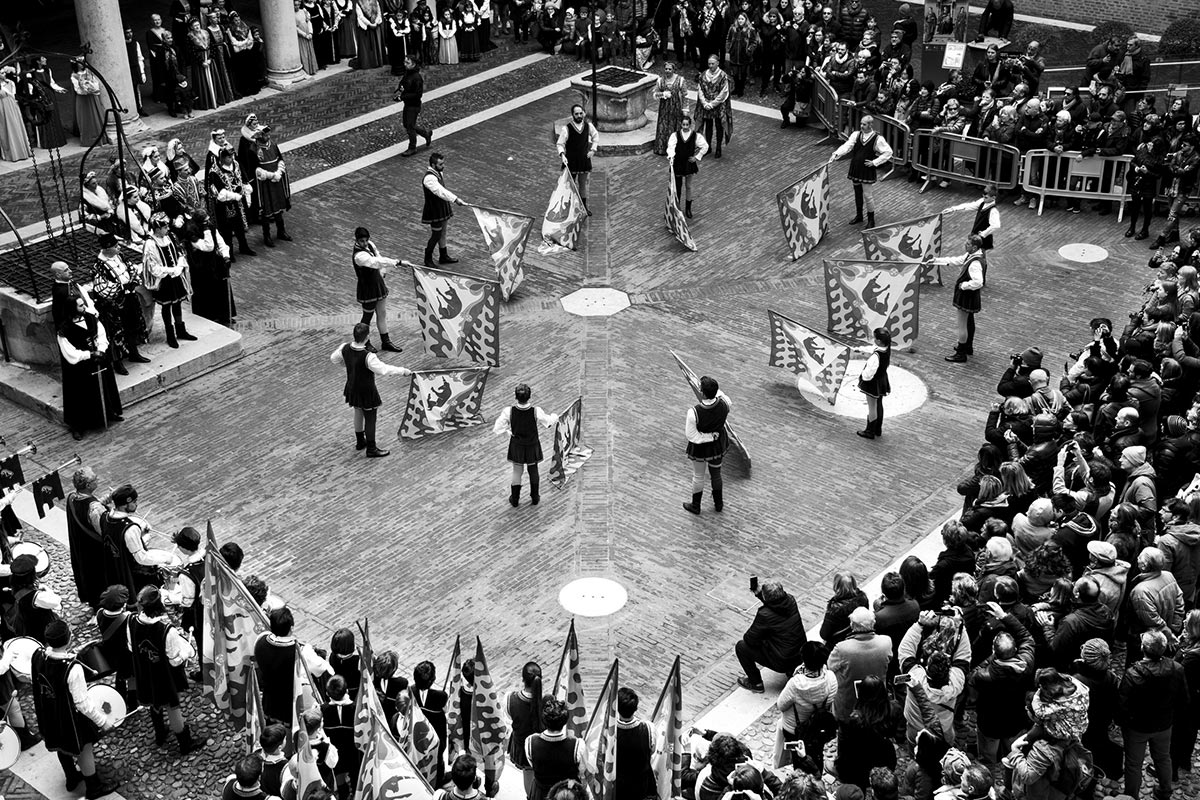 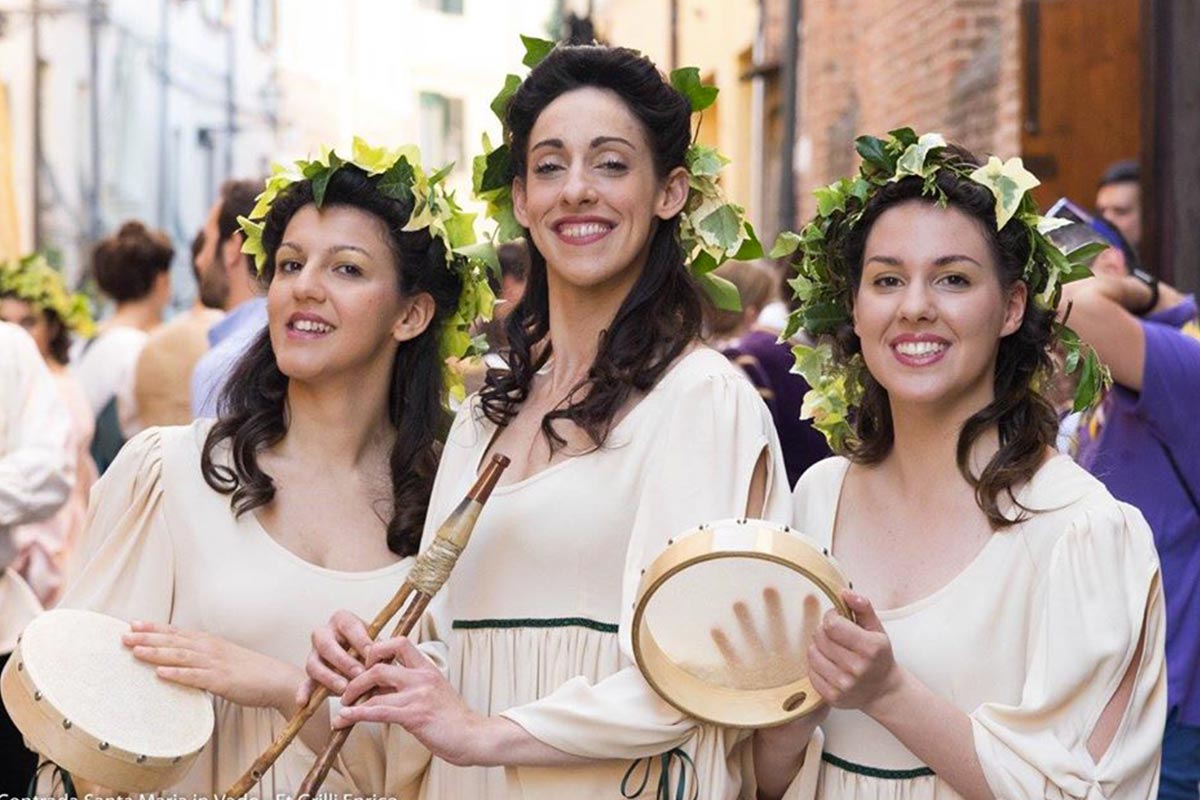